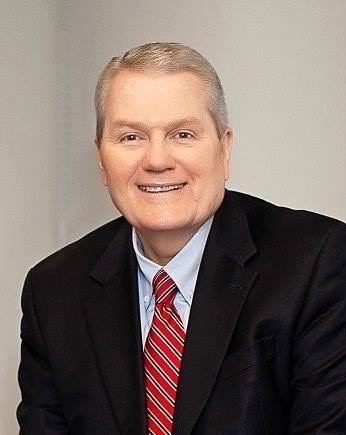 Rex Talmage Williams, a beloved husband and father of four, passed away on April 16, 2022, in Layton, Utah at the age of 66, surrounded by his loving family after a long battle with cancer. Rex was born on June 7, 1955, in Ogden, Utah, to Buster & Joyce Williams. He is the second of three siblings, including his older brother Michael Williams and younger sister Sheri Burton - with both of whom he maintained a very close and loving relationship.

Rex always participated in athletics and local sporting events. He grew up loving to play basketball, racquetball, golf, hiking, camping, and long-distance running. He ran the Top of Utah Marathon, Ragnar, as well as several half marathons.

Rex met Carrie Wilkinson, the love of his life and high school sweetheart, in seminary at Ben Lomond High School. They were married on April 22, 1977 making the date of his funeral services Rex & Carrie’s 45th anniversary.

Following his education, Rex built a successful career in accounting, working for many noteworthy companies such as PricewaterhouseCoopers and Deseret Management Corporation. Following his 20-year tenure with Desert Management Corporation, Rex and his close colleague and friend partnered to create a successful accounting and tax firm, Cooper Williams, LLC. He finished his career as Partner of the firm after 11 strong years.

Rex showed his love for service by participating as Chairman of the Board of Directors for Davis Behavioral Health, Chairman for the Community Health Charities of Utah, and was on the Audit Committee for the Boy Scouts of America.

Although Rex was very talented, intelligent, and well-accomplished, his “heart of hearts” (as he would put it) always lay firmly with his family and unwavering testimony of the Savior. Rex was a devout member of the Church of Jesus Christ of Latter-day Saints. He served in many leadership positions in his church, including Bishop, High-Councilman & First Counselor in his local Stake Presidency.

Above all, Rex loved his sweet wife Carrie and his four children. He was the type of father that “everyone wished they had.” As a grandfather of 12 (soon to be 13), Rex enjoyed spending his time playing with the grandkids and ensuring that they always knew they were immensely loved.

Rex will be dearly missed, but his love and presence will be forever felt by those who knew him.

Till we meet again, Rex.

Funeral services will be live-streamed and may be viewed at www.lindquistmortuary.com by scrolling to the bottom of Rex's obituary page.

To order memorial trees or send flowers to the family in memory of Rex Talmage Williams, please visit our flower store.