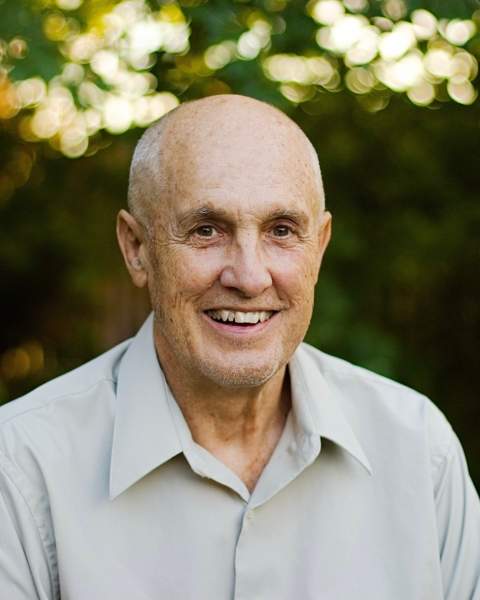 Reed Harris Barlow, 75, passed away peacefully in his sleep on September 4, 2022, after battling advanced cancer and Alzheimer’s. He was born August 12, 1947, in Ogden, Utah, to Elwyn Fred and Helen Harris Barlow. His family moved to Clearfield, Utah, when he was 10 years old. Reed graduated from Clearfield High School in 1965.

Reed served an LDS mission in the Alaskan Canadian Mission. He developed a life-long love of Alaska and returned to visit many times over the years. He attended Weber State University and the University of Utah, where he graduated in 1972 with a degree in Electrical Engineering.

Reed married his sweetheart, Diane Petterborg, in the Salt Lake Temple on June 5, 1970. Their family grew quickly and soon they had five boys that became Reed’s best friends. His never- ending patience, gentle demeanor, positive outlook, and desire for adventure made him the perfect dad.

Reed began his career at the China Lake Naval Weapons Center in Ridgecrest, California. He later transferred to Hill Air Force Base where he worked for 30 years until his retirement. He also spent a chapter of his career working in Fort Worth, Texas, and at WestTest Engineering in

Reed and Diane raised their family in Fruit Heights, Utah, where Reed was an active member of The Church of Jesus Christ of Latter-Day Saints. He served many years with the youth in his ward through the young men and scouting organizations. He also served as a counselor in the bishopric, Sunday school president, nursery leader (his favorite!), primary teacher, and ward missionary. Reed enjoyed his time as a service missionary in Salt Lake City. Additionally, he and Diane served full-time missions in Billings, Montana, and Long Beach, California. They

loved working with the missionaries, sharing the gospel, and making treasured friends.

More than anything, Reed loved his family! He was so proud of his 14 granddaughters and five grandsons. He adored his grandchildren, and they adored him right back. Reed’s grandchildren have many priceless memories of time spent playing and laughing with Grandpa Barlow.

He was preceded in death by his parents and his sister, Linda McMillan, his oldest son, Steve, and twin grandbabies, Brock and Mia Barlow.

The family would like to thank their wonderful family, friends, and neighbors, as well as Utah Home Health and Hospice, especially Sarah and Dallin, for their service over the past few weeks. They would also like to thank the sweet aides at Truewood and Bruce Morrison with

Welcome Home Assisted Living for their kind and loving care.

Interment in the Bountiful City Cemetery.

Services will be live-streamed and may be viewed at www.lindquistmortuary.com by scrolling to the bottom of Reed’s obituary page.

To order memorial trees or send flowers to the family in memory of Reed Harris Barlow, please visit our flower store.