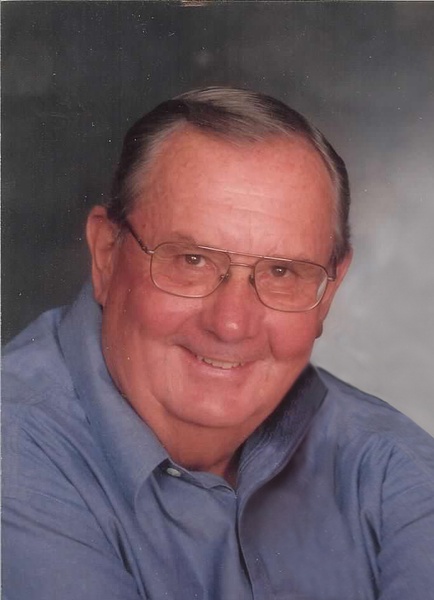 Ray Barnett Tolman passed away on June 23, 2022 after a full and happy life. He was born on February 22, 1940, the son of Eric H. and June Barnett Tolman.  He married his high school sweetheart, Janice Earnshaw in the Salt Lake Temple on March 11, 1960. They were married for 62 years.

He raised two daughters and was a loving and fun dad. As a child he learned the value of hard work, which was the foundation for his life. He honored his parents and served them. He often went out of his way to help those in need. He served faithfully in the Church of Jesus Christ of Latter-day Saints as an Elder’s Quorum President, and a Bishop. He influenced many lives through his dedicated service and hosted the best parties in his backyard.

In the 70’s he owned Ray’s Phillips 66 Service Station on Orchard Drive and made many lifelong friends. He was a journeyman plumber and worked for the Church for 25 years before he retired. He was a gifted gardener. He won many “yard beautification” awards from Bountiful City, which he called “the promised land.” He lived in Bountiful his whole life. One of his special hobbies was growing giant pumpkins. He was influential in starting the Utah Giant Pumpkin Grower’s Association and even held the state record for three seasons.

He loved his family and always made time for his grandchildren. He never missed a game, concert, or recital. He is survived by his wife Janice Earnshaw Tolman; his daughters Wendy (Matt) Fischer and Sherrie (Todd) Pace; his siblings Max (Jackie) Tolman, Tom (Carol) Tolman, and Norma Jensen; five grandchildren; and eight great-grandchildren.

Services will be live-streamed and may be accessed by going to www.lindquistmortuary.com and scrolling to the bottom of Ray’s obituary on the day and time of the service.

To order memorial trees or send flowers to the family in memory of Ray Barnett Tolman, please visit our flower store.