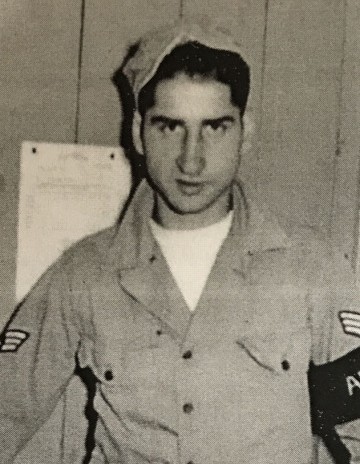 Ralph Rhoe, 91, was a lively witty husband, father, grandfather and loyal patriot. He passed away in Layton, Utah.

Ralph was born in Burr Oak, Kansas in 1930. In 1949 he left Kansas and joined the United States Air Force. He had a decorated military career that included many Top-Secret assignments. During his time in the Air Force, he was part of the C-124, Globemaster aircraft crew flying out of Hill AFB. The mission was to transport nuclear bombs from depot inspection points to forward areas where they could quickly be accessed by bombers in the event of war. His career also included classified work related to the top-secret surveillance and reconnaissance SR-71 Blackbird aircraft. Other assignments and travels for work took him all over the world and he was stationed in several states and had assignments in many different countries.

In his own words: “The best thing that ever happened to me was meeting my wife Marlene Fredrickson at a USO dance.” They married in 1955. Ralph and Marlene enjoyed their time together and lived the longest season of their marriage in Layton UT, where they both retired and flourished in local neighborhood friendships and family life.

While stationed with his wife and daughter Kelley in Germany in 1971, he was baptized into The Church of Jesus Christ of Latter-day Saints. He said: “It was recorded as a convert baptism, but I told them I didn’t quite agree with that because the word convert implies that I was something else before. In fact, I have never had any other religion.”

Ralph was an active member of the church and always seemed to have a knack for sharing his mechanical training and charm in his volunteer church callings and related projects. He was often a good Samaritan in his leisure travels and helped many motorists in need and others who were down on their luck. He liked to fish and he was a dog lover; a pup was always near his side.

Ralph is survived by his wife Marlene. He was preceded in death by his parents, Oscar Rhoe and Maude Lanz; brothers Howard, Carroll, Ocia and William; sisters Florence, Twila, Betty and Louise; unnamed infant daughter and son Steven Lee.

A funeral service for family and close friends will be held Saturday, October 30, 2021, at 10:00 a.m. at the church located at 1954 East Antelope Drive, Layton, Utah (on the south side of Antelope Drive). In respect to the family’s request, attending guests should wear a mask and observe established social distancing practices.

To order memorial trees or send flowers to the family in memory of Ralph Rhoe, please visit our flower store.