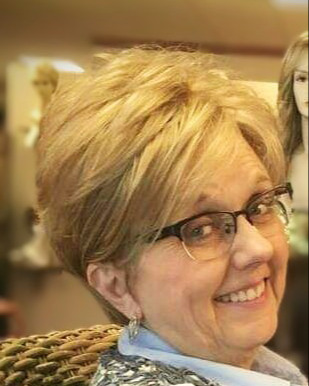 Our sweet mother and grandmother, Peggy Anne Merrill, passed away in her home in Riverton, Utah, surrounded by her children and holding her husband’s hand on December 15, 2022.

Peggy was born May 31, 1954, in Grand Island, Nebraska. She is survived by her mother, Maneta, brother Eugene, and three sisters, VJ, Nancy, and Cynthia. Peggy leaves behind her husband, Terry, and three children, Jeremiah (Holly), Ryan (Desiree), Chelsea (Nicholas), and eight grandchildren.

Despite having lived in numerous states, Peggy called Utah home. Throughout her career, she worked for several companies, primarily as an office manager and an accountant. She recently retired from Chalk Couture, where she oversaw their accounting department. Two constants throughout her career were her remarkable work ethic and her honesty. Through these, she provided an incredible example to her children, grandchildren, and those around her.

Peggy shared a love of travel with Terry, her husband of 24 years. Some of their favorite destinations were Lake Tahoe, San Francisco, and San Diego, California. During one of their final trips in 2021, Peggy fulfilled a lifelong dream of attending an NFL game in person. She took great pride in being able to cheer her favorite team, the Kansas City Chiefs, to victory.

Peggy was an avid crafter, a passion she shared with her sisters. Throughout her life, she completed many beautiful quilts and embroidery patterns that she then decorated her home with or gifted to others.

As a member of The Church of Jesus Christ of Latter-day Saints, she served faithfully in many different callings. Most recently, she was a member of her ward’s Relief Society presidency.

Services will be live streamed by going to:

The family would like to thank Dr. James Shortridge and his team at Utah Cancer Specialists and the staff at Quality Hospice for the compassionate and professional care they provided to Peggy.

To order memorial trees or send flowers to the family in memory of Peggy Anne Merrill, please visit our flower store.