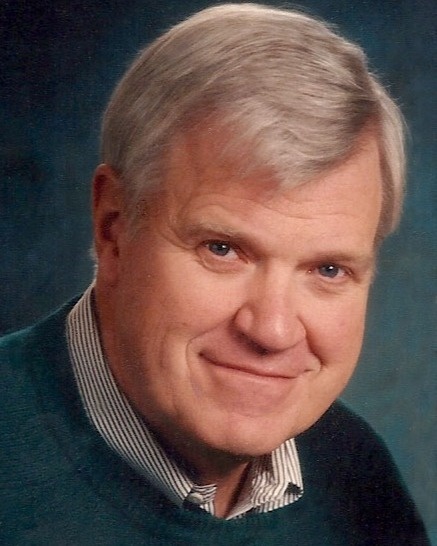 Paul Franklin Howard, age 85, of Centerville, Utah, passed away peacefully on the 23rd of September 2022, in Farmington, Utah. Paul was born on March 4, 1937, in Idaho Falls, Idaho, to Franklin Downs Howard and Josephine “Josie” Johnson Howard.

Paul grew up in Ririe, Idaho, and graduated from Ririe High School in 1955. Paul enjoyed fishing and camping with his cousins and friends in his youth.  After high school, he attended Ricks College and Utah State University (USU).  While at USU Paul’s roommate Leonard  Stephenson introduced him to his wife to be - Carolyn Sue Stephenson.  Paul served a full-time mission in England and Scotland from 1958 to 1960.  Following his mission, he returned to USU, and married Carolyn on September 8, 1961 in the Salt Lake City Temple. They were blessed with three boys:  Kent F. Howard (Lynn Howard), Michael J. Howard (Amy Howard), and Stephen Lynn Howard and 12 grandchildren: Austin, Chelsea, Ashley, Justin; Nicholas, Shane, Rebecca, Cassidy, Robert, Ryan; Hannah, and Cameron.  They also have eight great-grandchildren.

They raised their boys primarily in Kaysville Utah, but also lived in: Brigham City; Twin Falls, Idaho; Bountiful; Vernal; and most recently Centerville.  They made lifelong friends whom they loved and cherished.  Many family memories were made camping, fishing and traveling.    Paul enjoyed wood working, gardening, remodeling his home and helping his sons with their home projects, seeing his grandkids, attending sporting events, and reminiscing.  Paul loved candy, nuts, and Christmas.  He was always concerned that he had done enough for his loved ones.

Paul is survived by his: wife, three sons, 12 grandchildren, eight great-grandchildren; and his sisters: Lucille and Faye; as well as many beloved brothers-in-laws, sisters-in-laws, nieces and nephews.

Paul has been reunited with his mother and father, sister Dode (Marion Taylor), his dear cousin Howard Moore and his brother-in-law and best friend, Leonard Jay Stephenson.

Paul enjoyed and loved his church callings including Elder’s Quorum President, Counselor to Bishop Kent Rowe, and Temple Worker.   Paul had many close friends from his employment, church membership, missions, and neighbors. Paul will be missed greatly by his friends and family.

Paul had a strong testimony of the Church of Jesus Christ of Latter-day Saints and was blessed by this testimony and knowledge of an eternal family.

In his last few years, Paul struggled with Dementia; in lieu of flowers, please donate to the Alzheimer’s Association (www.alz.org).

Interment will occur at the Ririe-Shelton, Idaho Cemetery on Friday September 30, at 3:30 PM

To order memorial trees or send flowers to the family in memory of Paul Franklin Howard, please visit our flower store.