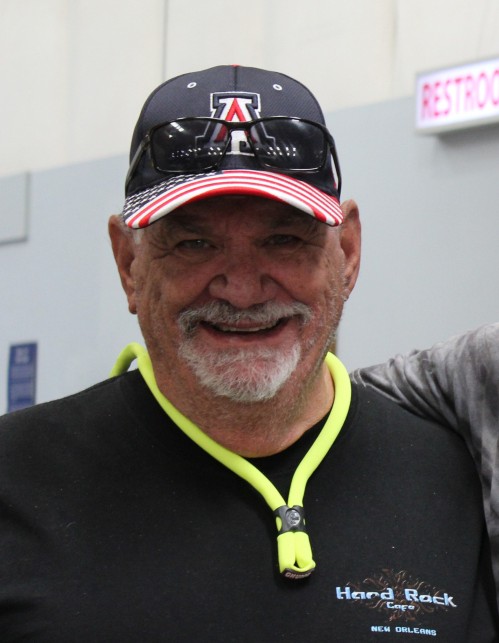 Growing up, Paul attended school both St. Peter and Paul Catholic School and Salpointe High School in Tucson, Arizona. After graduation, Paul joined the United States Marine Corps and served honorably in the Vietnam War. Once he returned home, Paul worked for AT&T and its affiliates for over 32 years as a service technician. While working for AT&T Paul was a vital member of the NBC/ATT team who broadcast the 2020 Salt Lake City Winter Olympic.

Paul is survived by his two sons, John P, of Mesquite, NV and Peter D. (Linda) of Henderson, NV. He is also survived by two grandsons, Jordon and Joshua, and a step-grandson, Grayson. When his boys were younger, Paul enjoyed taking them on camping trips, skiing and white-water rafting.

Paul is also survived by his siblings, Betty “BJ” Herre, Cloyde (Pat), David (Tracy) and Don (Jodi) and many nieces and nephews.

In retirement, Paul enjoyed his monthly lunches with phone company retirees and reunions with his Vietnam Veteran friends. Always interested in sports, Paul was an avid fan of the Arizona Wildcats football and basketball teams. He also attended Utah Jazz games and enjoyed NASCAR races. Paul also loved traveling the world with his sister BJ. Although he was part-owner of a Baskin-Robbins Franchise, Paul loved his Dairy Queen Dilly Bars.

His sons are very thankful to Tracy, Nichole, Andy and their families for taking such good care of him until his passing.

No services will be held at this time. Arrangements entrusted to Lindquist’s Ogden Mortuary.

To order memorial trees or send flowers to the family in memory of Paul Flatt, please visit our flower store.