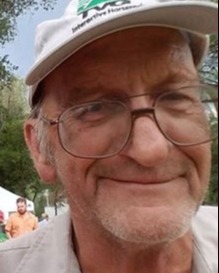 Patrick Eugene Powell passed away December 17, 2022, age 63 in Ogden, Utah. He had faith in his Savior Jesus Christ. He was born June 13, 1959 in Kansas City, MO. He grew up primarily in Martinez, CA, joining the US Army in 1976, and serving for four years before retiring to a civilian career working with military contractors.

Patrick became a highly valued avionics technician, saving the US military millions of dollars by repairing damaged aircraft and keeping pilots safe, over his 30+ year career. He was a father figure to a young family in Mexico and helped a single mother raise her three children, earning the high respect of all those who knew him for his kindness and generosity.

Patrick was a straight-A student at San Diego Community College with a major in Spanish. He enjoyed a good football game, a roaring rock ‘n roll concert, cracking funny jokes, but most of all, spending time with those he loved. He will be missed, but forever in our hearts.

Services will be held later in the Spring.

To order memorial trees or send flowers to the family in memory of Patrick Powell, please visit our flower store.