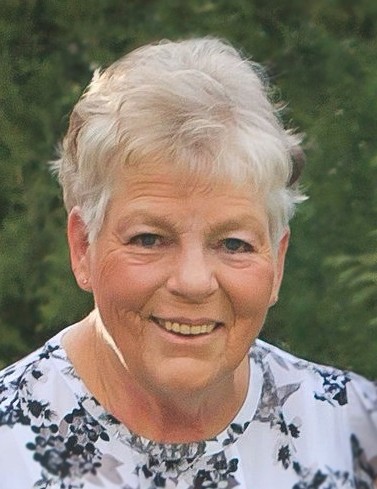 Our sweet wife, mom, grandma, sister and friend returned to the loving arms of her Heavenly Father on August 20, 2021. She was born on April 17, 1950 to Ray and Lavora Charlton. She was raised in Roy, Utah and graduated from Roy High School.

Pam married her best friend and the love of her life, Dick Andrews on August 8, 1969. They were blessed with two daughters, Heather and Kellie who they cherished and adored and gave them the best childhood one could ask for. Pam began her career at the IRS in Ogden, Utah and worked there for many years before transferring to Hill Air Force Base, Utah. She enjoyed her work and the many friends she made working at both places. Pam retired in 2006 after 31 years of federal service.

Pam always loved the simple things in life. When she was younger, she and Dick enjoyed spending their time with their bowling league, playing tennis, riding their bikes and going on many family vacations. Pam later discovered her love for golf, which she spent many happy hours and weekends playing with her husband, family and friends. Pam loved doing puzzles, playing card games, crafts, knitting and cinnamon bears. Her greatest joy was her family. She loved family gatherings, making Christmas candy, holding the babies, laughing and playing with her grandkids and her great-grandkids. Pam always had a sparkle in her eye and a way of making people laugh. Those that knew her understood what a genuine, loyal and selfless person she was.

Pam was preceded in death by her parents Ray and Lavora Charlton, her brothers Michael and Dennis Charlton and both sets of grandparents.

To order memorial trees or send flowers to the family in memory of Pamela Andrews, please visit our flower store.