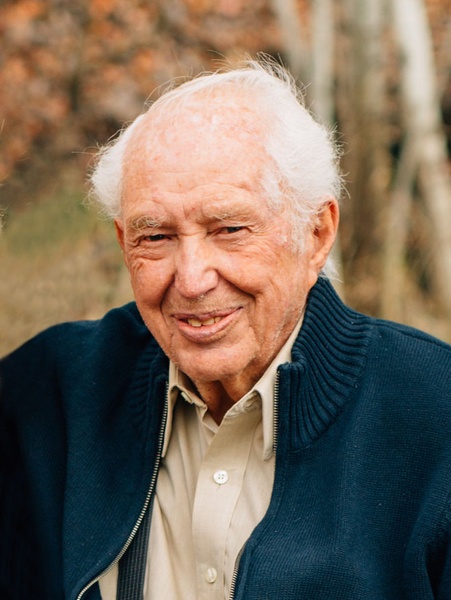 I, Owen Lamar Cash, was born in Logan, Utah, Cache County, Utah on August 26, 1931, 3rd son of Joseph Waite Cash and Ethel May Fullmer. There was a total of five boys and one girl in our family. We lived in Smithfield, Pleasant View, and Riverdale, Utah where my family lived on, and my father ran the LDS Lakeview Stake farm. From the time I was eight years old, I worked for various farmers doing all types of farm labor, mostly fruit orchards and dairy farming.

In February 1951, I was called on a mission to the North Central States. This postponed my Korean draft call for two years so that I was able to fulfill my desire to serve the Lord. In June of 1954, Uncle Sam interrupted my college education when I became a soldier in the army. I spent 16 months in Stuttgart, Germany. While there, I physically helped to build the first LDS Chapel in Stuttgart. I also attended the groundbreaking ceremonies for the Swiss Temple in 1955. I later graduated from the University of Utah with a bachelor’s of science degree and a high school teaching certificate.

On February 21, 1957, I married my sweetheart, Marie Poll in the Salt Lake City Temple. We were blessed with five children, Cathy, Steven, Cheryl, Deanna and Douglas. During my 32-year career as an Air Force Contracting officer at HAFB, I accepted an overseas assignment to Heidelberg, Germany where I lived with my family for five years. It was there that Douglas joined our family. In that time, we were able to travel quite extensively and visited all the free countries of Europe. We learned much of their customs and ways. We even picked up a little bit of the German language. Marie and I loved the beautiful scenery in Europe and returned five times to visit later on in life.

Dad was a life-long member of The Church of Jesus Christ of Latter-day Saints where he served in many callings including Bishop of the Pueblo, Colorado Ward. While living in Germany, Dad and Mom served as temple workers once a month in the Swiss Temple.  Dad had a deep testimony of the gospel and lived its principles throughout his entire life. His life was spent in serving others by giving of his time and talents to anyone in need. He knew how to fix everything or build anything, and his children all knew who to turn to in their time of need.

He loved big game hunting on horseback, bird hunting with his sons, square dancing with his sweetheart, playing pinochle, and sitting around the campfire recounting his life stories. He loved participating in sports and especially cheering on his children and grandchildren in their sports. Travelling the world with Marie brought him great joy and he was able to visit all 50 states. He was a devoted husband, father and grandfather who will be missed by all who knew him.

Dad is survived by his wife and eternal companion, Marie Poll Cash; his children, Cathy (Jim) Harris, Steven (Lori) Cash, Cheryl (Peri) Thomas, Deanna Washburn and Douglas Cash; 16 grandchildren; 12 great grandchildren with 2 more coming in July. He was preceded in death by his parents, four brothers, and one sister. Dad was the last living member of his immediate family.

Funeral services will be held on Saturday, April 2, 2022 at 11 a.m. at Lindquist’s Ogden Mortuary, 3408 Washington Blvd. Friends may visit with family on Friday from 6 to 8 p.m. and Saturday from 9:30 to 10:30 a.m. at the mortuary. Interment, Lindquist’s Washington Heights Memorial Park, 4500 Washington Blvd.

Services will be live-streamed and available by scrolling to the bottom of Owen’s obituary page at: www.lindquistmortuary.com, where condolences may also be shared.

To order memorial trees or send flowers to the family in memory of Owen Lamar Cash, please visit our flower store.