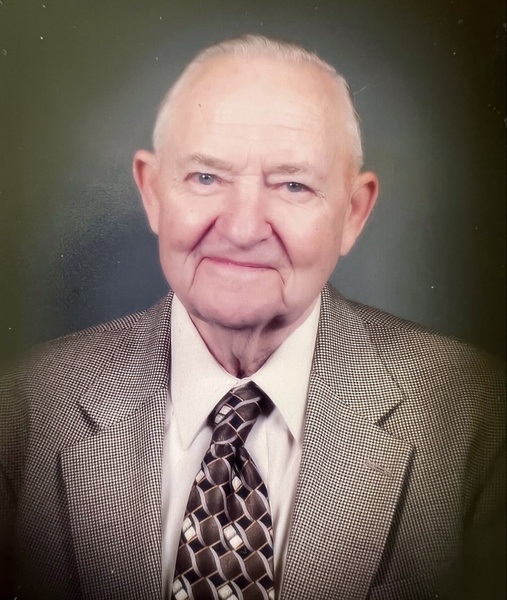 Oran K Stone passed away June 11, 2022, just one year and two days after the death of his beloved wife Carla P. Stone. Born on July 30, 1927, in Weston, Idaho, he was the son of George LeRoy Stone and Rosella Vidella Kendall and the sixth of seven children in this marriage. He learned hard work and many valuable lessons on the farm from his mother and then, later, his stepfather, Chris Rasmussen.

Dad loved the farm life and not only worked hard for his family but for the neighbors during the planting and harvesting seasons. He told many stories about thinning beets all day long for a silver dollar. He enjoyed playing baseball and basketball with his friends, hunting and fishing in the Bear River area, and going to the movies and area dances.

While hauling milk from the area farms with his brother Joe, Oran met the woman he would marry for all time and eternity, Carla Beth Peterson. They were married July 2, 1949 and shortly afterwards, moved to Ogden where he got a job delivering oil for Wasatch Oil Company.

As the family grew, Oran went to work for the George T. Smith construction company as a backhoe operator and welder, a job he truly loved. He and Carla were able to afford a home in the new community of Washington Terrace. Though they moved to Washington State for a few short years, they soon moved back to the Terrace.

Oran and Carla loved the area and the then Washington Terrace First Ward as many of the members also came from Cache Valley to Ogden for work. When the city’s fire siren would sound an alert, Dad would worry that some member was in distress. Oran was honored to serve in many ward callings as ward clerk, elders quorum clerk, and councilor in the bishopric. He loved the gospel and loved reading the scriptures.

Dad worked for George T. Smith Construction until retirement age and back problems caught up with him. He had a lot of fond memories of his crews and their adventures both on the job and during company outings. He considered George, and his son Richard, and Richard’s family as his family too.

Oran was preceded in death by his parents; his stepfather; his dear wife, Carla and grandson, Matthew Kendall Bell. He was also preceded in death by his brothers, Raymond, Joseph, Argel, and stepbrother, Arnold; and by his sisters, Anna, Eudora, Audrey, and stepsister Vera Mae. He is survived by his daughter, Sheryl (Ben) Mills Katy, Texas; his sons, Oran Lee Stone, Syracuse and Brad Stone, Roy; and daughter, Noreen Stone, Washington Terrace. Also surviving are his grandchildren, Heather Duncan (Keith Barfield), Wendi (Christopher) Curzon, and Travis Bell; great-grandsons, Connor (Marianna) Curzon and Luke Curzon, and his stepbrother, Dennis (Lois).

The family would like to thank the caregivers and staff of Stonehendge Ogden for their care for Dad over these last eleven months. A special thanks goes to Dad’s favorite CNA, Rachel W.

To order memorial trees or send flowers to the family in memory of Oran K Stone, please visit our flower store.