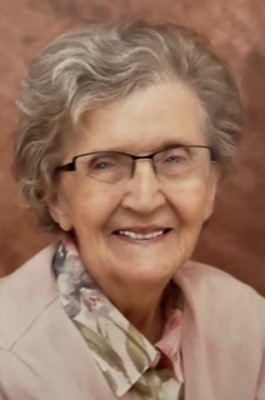 She endured the WWII German Occupation of Denmark and lost a dear Brother who fought with the resistance.

She joined The Church of Jesus Christ of Latter-day Saints as a young adult and emigrated to the United States (Utah) in 1950 leaving her family to venture into a new land on her own having faith that it was the right thing to do. She held many positions and was active and devoted to the church till the end.

She married Lynn Alvin Swensen in 1951 and had 5 children that she adored and put first above herself or anything else.

Lynn entered the US Air Force as an officer, so they had to move every 2-3 yrs, or less, to different bases until his entry into the reserves in 1964.  They lived in Oregon, Mississippi, Idaho, Canada, Wisconsin, California, Indiana, Michigan, and several times came back to Utah (which included Provo, Clearfield, Roy, Moab) then settling for a time in Layton for 24 yrs then from there went to Hagerman, Idaho for 26 years, when Lynn passed away in 2012 she determined to take care of herself, she stayed there till 2016.  After a bad fall she returned to Layton to be close to family.

She created a loving home life and we knew that at the end of the day we could find comfort and peace there.

Though out her years, to help provide for the family, she sacrificed herself in unfulfilling jobs that didn’t use her talent and training (she could type 90+wpm on the typewriter) as a secretary. Yet she never complained and would always be happy and helpful to everyone. She was compassionate and concerned if anyone had a problem and would help out where she could. She finally landed her dream job as the Layton High School Seminary Secretary where she worked for many enjoyable years and was able to retire from there.

She has now been able to reunite with her husband, Lynn; son, Arlee and all of her family that preceded her in death.

She will be greatly missed by many, especially her children, Alvin (Terri), Claudine, Annette (Rod) and Ariel (Amy) and her 14 grandchildren and 22 great-grandchildren.

A Graveside service will be held in Hagerman, Idaho.

To order memorial trees or send flowers to the family in memory of Olga Nielsen Swensen, please visit our flower store.