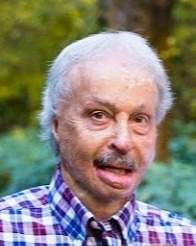 Narvin (Norvin) Ray Thompson, 71, passed away suddenly on August 28, 2022, at Kansas City, Kansas, while visiting an LDS convert that he baptized while on his mission.  He was accompanied on the trip by his wife Angie.

He was born November 14, 1950, in Riverdale, Utah, to William Elwood and Olive Baker Thompson. Norvin grew up in Riverdale and graduated from Bonneville High School. He served a mission for the Church of Jesus Christ of Latter-day Saints in the England South Mission.  After an illness he was transferred in the Arizona Mission to finish the time.  In 1974, Norvin met the love of his life Angalee (Angie) Leishman.  They were married and sealed for time and all eternity in October of 1975, in the Logan LDS Temple. Together they built their forever home in Layton and were blessed with two children.

He was employed by Associated Piping Company. In March of 1976, while working for this company, he was burned as a result of an industrial accident.  After his recovery from the burn injuries, he held different positions with other companies, most recently with the LDS church and retired in 2016 after 22 years of service. Norvin worked tirelessly to help others with injuries and providing counsel on how to cope with various hardships. He and Angie have participated in many civic and church activities. He was a member of the LDS church and served in many positions within the church. His favorite calling was in primary nursery.

Norvin was an avid BYU fan, and one could always catch him listening to the game with his headphones. He enjoyed camping, gardening, yard work, and was always listening to oldies music. Also, he loved to eat, and his slogan was “better to eat and run, then not eat at all.” Oreos were his favorite food, and he always had plenty to share.  Norvin’s greatest joys in life were his wife, two children, and four grandchildren. Family was his focus of everything.  He was a loyal friend and devoted husband, father, brother, and son. He was uniquely himself, one of a kind, a soul refined by all that he suffered in life. He was a counselor reminding to be sure to find some joy and happiness amidst the labor and cares of life. He was very energetic, happy, joyful, and would carry a conversation with everyone. He never hesitated to serve others, especially people in the neighborhood. One would never see Norvin without a smile on his face and a good tease to go around.

He is survived by his wife Angie, son Travis (Katie), and daughter Heidi (Justin) Call. He is also survived by four grandchildren: Kelby, Tatum, Drew, and Hadley.  He was preceded in death by his father and mother, sister Donna Smith, brother-in-law Chris Rigley.  Other survivors include his brother Dale (MaryEllen), his sister Diane Rigley, many in-laws, nieces, and nephews.

Services will be live-streamed and may be viewed at www.lindquistmortuary.com by scrolling to the bottom of Norvin’s obituary page.

To order memorial trees or send flowers to the family in memory of Norvin Thompson, please visit our flower store.