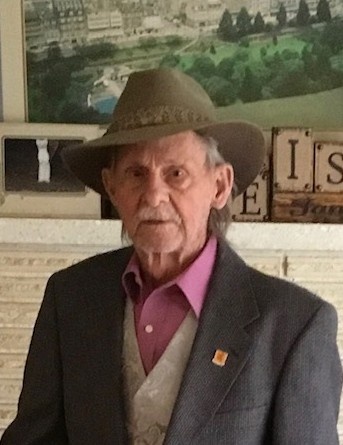 After graduating from South Cache High School and working on the family farm he joined the US Navy. He served as Boatswains Mate during the Korean War aboard the USS Saint Paul (CA-73), COM Seventh Fleet.

He was a skilled craftsman. He grew his career as a contractor with his own business, building several hundred homes in the Weber and Davis County area.

Among his many interests and hobbies, his favorites were hunting, fishing, and riding his Harley Davidson motorcycle. He built his own cabin on 21 acres and restored a 1929 Model A Coupe and a 1930 Fordor Deluxe Sedan. When he built his home in Riverdale he became a member of the Jaycees and contributed through many projects to the community. He was named 1968 Outstanding Young Man of America by the Jaycees.

He married Patsy Goodson in 1955. They were divorced. In 1959 he married Elaine Marie Stevenson. They were married for 40 years until her death in 1999. He married Janet Elaine Creech on August 6, 2009.

Funeral services will be held on Thursday, February 3, 2022 at 2 p.m. at Lindquist’s Ogden Mortuary, 3408 Washington Blvd. Friends may visit with family on Thursday from 12:30 to 1:30 p.m. at the mortuary. Interment, Lindquist’s Memorial Gardens of the Wasatch, 1718 Combe Rd., where military honors will be accorded by VFW Post 1481.

The family would like to thank Norman’s hospice nurse, Lisa for her outstanding care.

To order memorial trees or send flowers to the family in memory of Norman Leishman, please visit our flower store.