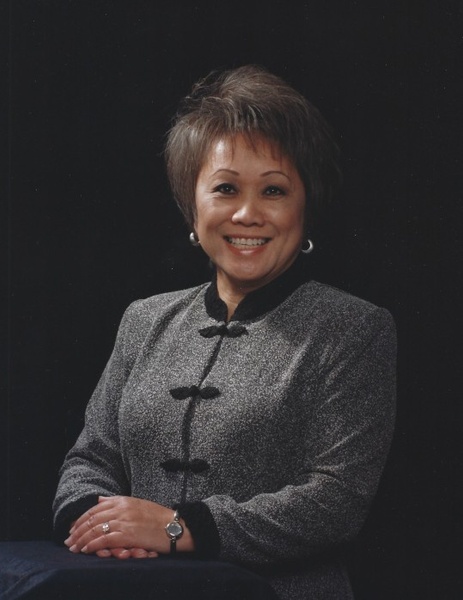 Our beautiful mother, grandmother, sister and friend, Norma “Copps” Peters was called home unexpectedly on Tuesday, September 28, 2021. Norma was born on January 23, 1948, in Manila, Philippines to Pedro and Patricia Arciaga. Soon after, the family immigrated to the US settling in Roy in 1950 and finally Layton, Utah in 1956.

Norma was the second oldest of five children and undoubtedly the favorite. Her nurturing, caring and giving spirit came naturally as she was the second “mom” to the three younger Arciaga siblings.

She graduated from Davis High School in 1966 and continued to be a lasting impression on the Dart community.

She married Dennis Moon in 1969 and they had a beautiful son, Jason. She married Robert J Copps in 1974, together they had a handsome son, Chance, and the prettiest little girl, Chelsea. She married Wayne Peters in 2003.

She had three beautiful grandchildren, Jagger, Halen, and Jax whom she loved and adored.

She had a strong work ethic and worked in many different fields. She found the most joy and satisfaction serving for Congressman Hansen and then Congressman Bishop for the last 20 years. She retired in November 2020.

Norma’s faith in God, her love for Jesus, and willingness to serve was apparent in her sweet spirit and was her firm and foremost foundation.

She loved each and every one of her church families and served in many different roles. She loved to sing and singing in the choir was one of her greatest joys.

Although her health declined the last few years, she continued to love unconditionally and show grace where grace was needed.

Services will be live-streamed and available by scrolling to the bottom of Norma's obituary.

To order memorial trees or send flowers to the family in memory of Norma Peters, please visit our flower store.