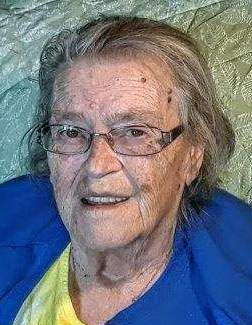 Naomi Clark Smith passed away Thursday, April 28, 2022 at the home of her daughters.

She lived in Hooper, Utah all of her life until four years ago when she came to live with her daughters in Roy, Utah.

Naomi worked for Discovery World for six years and loved caring for the babies there.

Her hobbies included crocheting, needlepoint and coloring in her books. In her final months she enjoyed doing her sticker books and watching the birds out the window while sitting in her recliner.

We would like thank Symbii Hospice, especially Emily and Tim, for their wonderful care of our mother.

To order memorial trees or send flowers to the family in memory of Naomi Clark Smith, please visit our flower store.