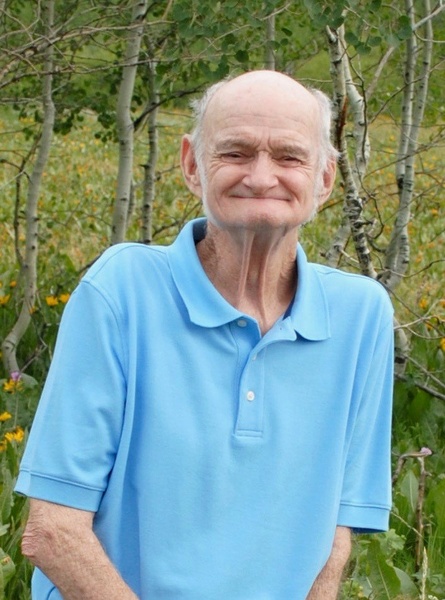 In the early morning of Sunday, July 10th, 2022, Myron Lloyd Stott, a loving brother, and uncle passed away at the age of 81 years old. He passed peacefully at home with his brother Ralph by his side. As in life until death Ralph was always there with him.

Myron was born on October 11th, 1940, in Almira, Washington to Darwin, and Sarah Stott. He was the second oldest of 3 living children. Although challenged with physical limitations, on this earth, Myron lived a long, healthy, and happy life

In 1947 Myron’s father opened Stott Welding so Myron would always have somewhere to go. That is where many people in the community got to know him thru his mechanical abilities, and friendly personality. He enjoyed working on cars and chatting with anyone who stopped by.

18 years ago, after his mother’s passing Ralphs home became his home where he was loved and cared for.

Along with his many family vacations and adventures. One of his favorite past times was walking down Fort Lane to the gas station to get a Coke. He loved hunting and fishing but most of all, he loved being part of the family.

Myron was an avid collector of almost anything. From coins, guns, knives, Coke caps and simple treasures he would find on the road. He was known for his stories and his sense of humor. Anyone who spent any time with him could tell how pure of a heart he was. To Myron it was all about the simple things in life like stopping by to say, “how you.”

Myron is preceded in death by his parents Darwin & Sarah Stott, 3 brothers, a sister, a sister in law Karen, and numerous dogs named Tippie. He is survived by his brothers Lee & Ralph, his sister-in-law Teza, as well as many nieces, nephews, great nieces, and nephews that all loved

Myron will be missed by many but mostly missed by the friends and family that cared for him daily.

His family would like to extend a special thank you to his hospice angles, Ann, and Carlie

To order memorial trees or send flowers to the family in memory of Myron Lloyd Stott, please visit our flower store.