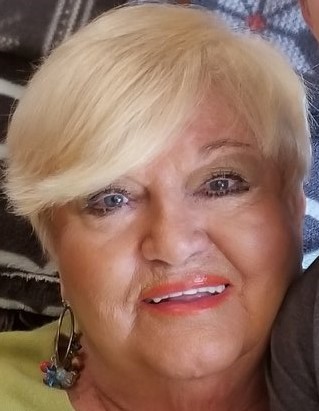 Mitzi May McFarland Sanders, loving mother and grandmother, passed away peacefully on February 27, 2022, in Fort Worth, Texas.

Mitzi was born on February 28, 1939 to Bruce and Marval McFarland in the Dee Hospital in Ogden, Utah.   She attended Central Middle School in Ogden where she was voted Vice President (8th grade) and President (9th grade). She was also a member of the pep club and a song-leader.  While attending Ogden High School, she was active in the student council, pep club and the debate team, traveling across the state for debate tournaments.

From 1957-1961, she attended the University of Utah.  Mitzi resided in Carlson Hall during her freshman year and then became a member of the Phi Beta Phi Sorority, living in the sorority house for the next three years. During the summers, she worked at the Seattle World's Fair in Washington as well as in California.  She graduated with a B.S. Degree in Education and taught high school English at East High in Salt Lake City, Evergreen Junior High and Churchill Junior High.

In 1963, Mitzi traveled to New York City to work at the World's Fair in Flushing, New York.  She returned to Ogden to work on a master's degree program where she met and later married Terry L. Sanders. They moved to Moreno Valley, California where she taught in the Moreno School District, working with under-privileged children.   In 1978, a move to Fort Worth, Texas also brought about a career change as a  real estate agent.  She joined the Fort Worth Board of Real Estate in 1980 and went on to have a very successful career, selling real estate for Better Homes and Gardens, Henry S. Miller, Sheridan McCann and Coldwell Banker.  She also worked directly as an exclusive agent with many builders in Fort Worth. Mitzi earned the Million Dollar Achievement Award each year during her real estate career and retired in 2006.

Mitzi loved to travel.  Her adventures included many states across the US including Hawaii and Alaska, several islands in the Caribbean, Mexico, Australia, the Fiji Islands and several Europe countries.

Family and friends are invited to the funeral service on Saturday, March 12, 2022 at 2 p.m. at Lindquist's Ogden Mortuary, 3408 Washington Blvd.  Friends may visit with family on Saturday from 12:30 to 1:30 p.m. at the mortuary. Interment, Ogden City Cemetery.

To order memorial trees or send flowers to the family in memory of Mitzi Sanders, please visit our flower store.