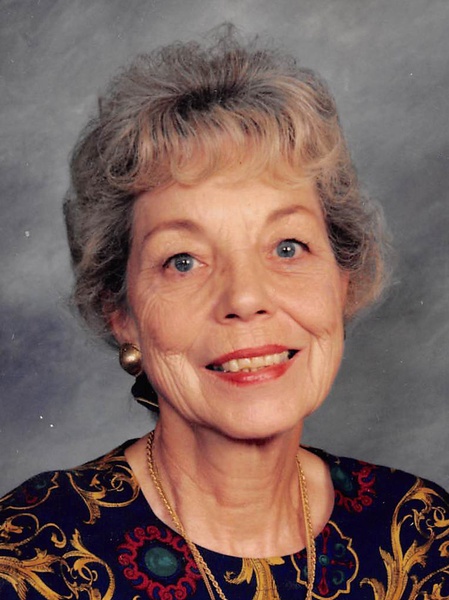 This beautiful lady is the daughter of Clarence A. and Eva B. Mellor. She was born April 6, 1929 in Fayette, Utah.

She married Wallace Parkin. They had one son, W. Dan Parkin. Minnie and Wally later divorced. Minnie and Dan made Roy, Utah their home.

She worked at Hill Air Force Base. It was rough for this young woman raising her son and working a full-time job. Thanks to her devoted friends, she persevered.

She met a young United States Airman who became the love of her life, next to her son – Maurice Stanley “Stan” Jensen. They were married for fifty-seven years before his passing.

Minnie retired from Hill Air Force Base as a GS-11.

Minnie’s hobbies included art, playing cards, and shopping for her family and friends. She loved cooking, especially baking the best cookies in the world. Minnie is best known for her story-telling jokes. She will be deeply missed by her family and her adoring friends.

She was preceded in death by her husband, Stanley, grandson, Kyle Parkin and grandson Stanley Earl Parkin; sisters, Venna Patterson and Joyce Spencer, and brothers, Darwin and Russell Mellor.

The family would like to thank the staff and nurses at Canyon Cove for all their care and compassion for Minnie.

To order memorial trees or send flowers to the family in memory of Minnie Mellor Parkin Jensen, please visit our flower store.