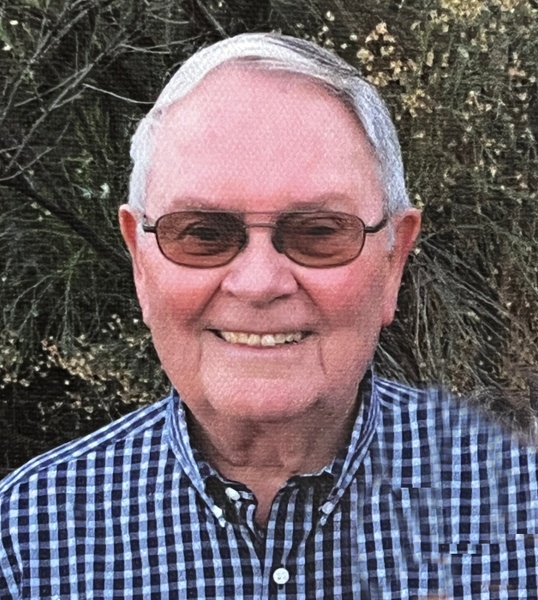 Merrill Tuttle passed away from pneumonia on Wednesday, December 22, 2021 at Legacy Assisted Living facility in South Jordan, Utah. He was born December 1, 1934, in Bountiful, Utah to Thoral Tuttle and Edna Waddups. He graduated from Davis High School in 1953.

Merrill worked for the Weber Basin Water District and the Bountiful Water Sub-Conservancy District for 45 years.

He was a faithful member of The Church of Jesus Christ of Latter-day Saints. He was a Bishop and served a two year mission with his wife in Singapore. He was a full time temple ordinance worker for several years.

Merrill loved spending time at their family cabin in the Uinta Mountains with his family and friends. He dearly loved his family and was always very involved in their lives.

Merrill is survived by his children, Karen (Dick) Blackham, Roy (Donna K) Tuttle and Brent (JoAnn) Tuttle, 11 grandchildren, 21 great-grandchildren, one brother, Dell Tuttle. He was preceded in death by his loving wife, Shirley, his parents, two brothers, Wayne and Don, and a grandson, Dick Blackham, Jr.

The family wants to thank the wonderful staff at Legacy House for the loving care and concern they showed to our Father while he was there.

To order memorial trees or send flowers to the family in memory of Merrill Tuttle, please visit our flower store.