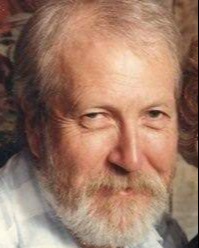 Merlin often talked about going fishing with his parents when he was younger, he would also reminisce about riding his bike and how high the snow would get in the winter there in Idaho. Merlin talked about how he and his friends would pay to go to the movies by turning in empty soda bottles.  He also enjoyed swimming in the Snake River and going to the sand dunes with his friends. Another fun thing he enjoyed was going to his sister Donna and her husband Keith’s Diner for hamburgers and French fries. One of the favorite things from Merlin’s childhood was drinking from colored metal cups when his family would go camping.  Both his children and grandchildren love those metal cups to this day.

Later in life Merlin served in the U.S. Army. He was stationed in Fort Ord, California until his honorable discharge on July 2, 1958.  After serving in the military he then moved to Los Angeles, California where he attended the American Barber College and earned his barbers license. He then moved back to Idaho where he was a barber for the Mountain Home Airforce Base. It was during this time in 1963 that Merlin and Carol were introduced to each other on a blind date through a cousin of Carol’s. Carol was a student at Ricks College in Rexburg Idaho. They dated on and off for a few months. They later re-connected and continued a long-distance relationship in 1965 while Carol was living and working in Lawndale, California.  In October 1966, Merlin flew out to California and asked for Carol’s hand in marriage. They then   traveled to Las Vegas with family and friends and were married in the Chapel of the Flowers on October 5th, 1966. They later were sealed in the Idaho Falls Temple for time and all eternity on June 3rd, 1977. Merlin and Carol were blessed with two children: Stacey K Reynolds & Douglas C Reynolds.

The family moved to Sheridan Wyoming in 1971 and raised their children.  Merlin was a barber until 1974. He then began working as a brakeman for the Burlington Northern Railroad from 1974 to 1977. Because he worked away from home and was on call constantly he then changed jobs and began driving a haulpak for the Spring Creek open pit coal mine.   Spring Creek later went through a massive layoff and Merlin moved on and opened his own barbershop and cut hair as well as worked as a CNA in the local nursing home. After their kids later married and moved out to Utah Merlin, Carol, and Carol’s mother Sevella went on vacation to visit them in May 1995. Their kids asked them to look at homes for sale just for fun.  They found the home of their dreams in the Roy Utah 10th ward and have continued to live there. Merlin worked as a driver of an armored truck for Brinks. They transported money and jewels for banks, businesses, & the Federal Reserve. Merlin retired in 2004.  After a few years of retirement, he was able to follow his dream.  He was called to be a Temple ordinance worker for the old Ogden Temple for three years until it was closed for renovations in 2010.  When the Ogden Temple was rededicated in 2014 both Merlin and his wife Carol were called to be ordinance workers and were able to serve for four years.

To order memorial trees or send flowers to the family in memory of Merlin Howard Reynolds, please visit our flower store.