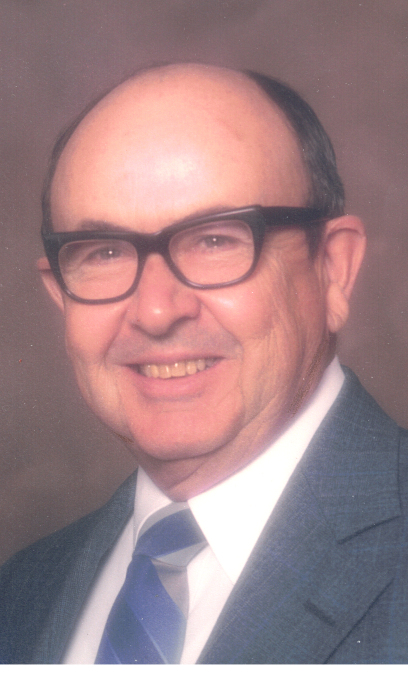 Max Clive Gardner passed away gently on September 10, 2021, at Barton Creek Senior Living in his hometown of Bountiful, Utah.  He was 96.

He was born in Brigham City, Utah on May 19, 1925, to Charles C. and Genevieve B. Gardner. He grew up in Bountiful and vaguely described himself as a ‘handful’ with no explanation why. He worked on farms as a depression-era child in the summers beginning at the age of 8.  His youth was short-lived when he enlisted in the Navy at the age of 17, one year to the day Pearl Harbor was bombed. He served as a radioman on Liberty ships crossing the Atlantic.

After discharge in 1945, Max enrolled on the GI Bill at the University of Utah. Max married Velma Goldman in January 1947. He graduated with an LLB and JD from the ‘U’ in 1951.  His expertise developed in the areas of land use and oil and gas law. During his career, he worked in the legal departments of Shell Oil, Standard Oil, Occidental Petroleum and Getty Oil.

Max served as the Director of the Utah State Land Board from 1961 to 1967 under governors George Clyde and Calvin Rampton.   During his term, the State of Utah acquired notable lands from the Federal Government including Canyonlands National Park, the potash lands near Moab and the lake beds of the Great Salt Lake.  As a lawyer, he was adroit in drafting complex land transactions and operational agreements.  He concluded his full-time career at Getty Oil as a division attorney for Getty’s ‘diversified operations.’ Getty was the principal investor behind a crazy idea of a 24-hour cable channel that would broadcast nothing but sports, and he was instrumental in drafting the complicated agreements necessary to launch ESPN. Transitioning into retirement, he enjoyed a small-town practice in southern Utah handling estate planning and divorces, performing this work for a modest charge to his clients.

A consistent piece of advice Dad offered was to “try to have some ‘yucks’ along the way.”  He was an accomplished musician, playing the saxophone and violin. He was a natural baritone and sang barbershop quartet. He hunted, fished, golfed and followed sports, particularly the Utah Jazz.

He raised Baltimore tumblers and could teach parakeets to talk.  He was cool. His first car was a Model A Ford that he traded for a 1934 Plymouth 4 door. He drove at points in his life an MG TD, a Triumph TR4 and a Datsun 280Z.  He became a pilot at early retirement and buzzed over the hills of Southern Utah.

The family wishes to express sincere appreciation to Barton Creek Assisted Living for their loving care of Max.

To order memorial trees or send flowers to the family in memory of Max Gardner, please visit our flower store.