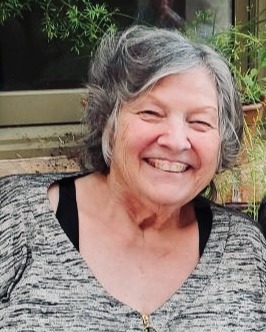 Ogden, UT – Our beloved mom and grandmother, Mary Alice Mann Von Colln, passed away peacefully on January 12, 2023, in Ogden, UT at the age of 79.

Mary was born June 20, 1943, in Pittsburg, CA. to James Robert Beaton and Betty Jane Goldsberry. She was the oldest of four children. Following Betty and James’s divorce early in her life, Mary, her brother Jim and mom Betty moved to Challis, ID and then on to Ogden, UT where they made their home. On March 15, 1947, Mary’s mom Betty married Joe Mann whom as Mary would say “was my true father”.

Mary graduated from Weber High School in 1961. On April 17, 1964, she married the love of her life, Robert “Bob” C Von Colln. Together Bob and Mary raised three sons.

While she had many jobs throughout her lifetime Mary worked for Morris Travel and owned a cleaning business, cleaning base housing at Hill Air Force Base. Mary enjoyed crafts, crocheting, and knitting but her greatest love in life was her family. She loved spending time with her sons and grandchildren; this she said, “made her heart full”.

Mary was preceded in death by her husband, Bob; her parents, Joe and Betty; and her younger, brother Joe “Little Joe” Mann (Carol).

The family asks that in lieu of flowers, please donate to your favorite charity.

To order memorial trees or send flowers to the family in memory of Mary Alice Mann Von Colln, please visit our flower store.