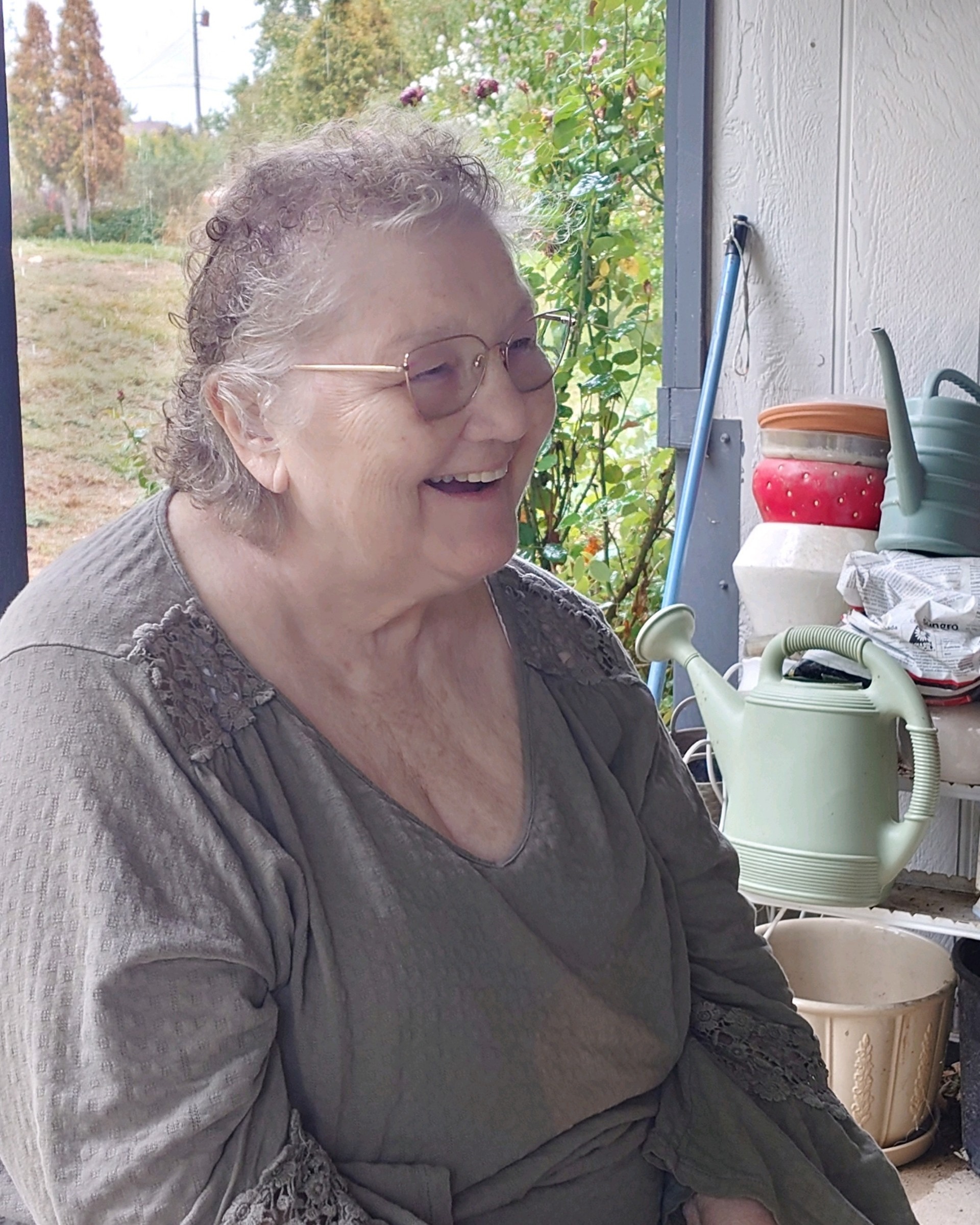 In the early morning hours of November 12, 2022, our loving Momma, Aunt, Granny, and Gigi, Mary Christine Sanders, slipped peacefully into the arms of our Lord with her daughters by her side.

She was born on October 30, 1945 to Aurelia and Ivy Davis in Santa Rosa, California. She and her older sister Lillian spent their childhoods with their mother and grandmother (Booie) in various places across the western United States, including New Mexico, Washington, and California. She attended Catholic school and remained a devout Roman Catholic her whole life.

She worked various jobs throughout her early adulthood, including bartending, teaching, and being a stay-at-home mother to her three children. She was enlisted in the Air Force Reserves and served in the 419th Fighter Wing, where she was able to travel across the country, then continued civil service in personnel management at Hill AFB until her retirement. During her retirement she volunteered her time teaching religious education to the children of the St. Rose of Lima Catholic Parish in Layton, Utah.

She enjoyed spending time digging and planting in her garden, crafting, sewing, cooking and baking, and spending time with her family and friends. She loved the holidays, especially Halloween; she would sometimes dress up as a witch, which was always her best costume, especially because she was able to give a truly bone-chilling witch’s cackle. Her laugh was contagious and anyone in earshot would be unable to help themselves from joining in. At Christmas, everyone knew which gifts were from her because wrapping gifts was an art form for her; they were perfectly wrapped and topped with a beautiful arrangement of pinecones, flowers, and other decor. She had the most flowery handwriting, and she loved to boast that no one could forge her signature because of it. She nearly always had her grandchildren over to stay the night most days, and there was always pancakes, bacon, and biscuits and gravy ready on the stove in the morning. She’ll always be remembered as the granny with the good syrup. Her house was always open and inviting, the kind of house where most people would hit up the fridge before they even said hello.

She was a tough but loving lady. She loved her family fiercely- there’s not a member of our family that she didn’t raise at some point or another. All she wanted was for her family to be happy and love one another. She left all of us with her values, her strength, her passion for life, her sense of humor, and her creativity. Because of her, her whole family and all of her friends are better people; she certainly touched the hearts of everyone she met.

Mary is preceded in death by her parents and grandparents; her sister Lillian; the love of her life, Larry; her brother and sister-in-law, Terry and Barbara, and her nephew James.

She is survived by her daughters, Christina (Joe) and Johanna, and her great-niece Rebecca (Jeffery), who she raised as her own daughter; her son Mark (Angie); her nephew Michael (Joann) and niece Paula (Chris); her grandchildren William (Anna), Melonie Ann (Dan), Andrea, Jacob, Samantha, Joshua, Hayden (Rayven), and Kortnee (Kaylee); nine great-grandchildren, two grand-nephews and one great-niece. She also leaves behind her beloved dog Charlie, who misses his mama terribly.

To order memorial trees or send flowers to the family in memory of Mary Christine Sanders, please visit our flower store.