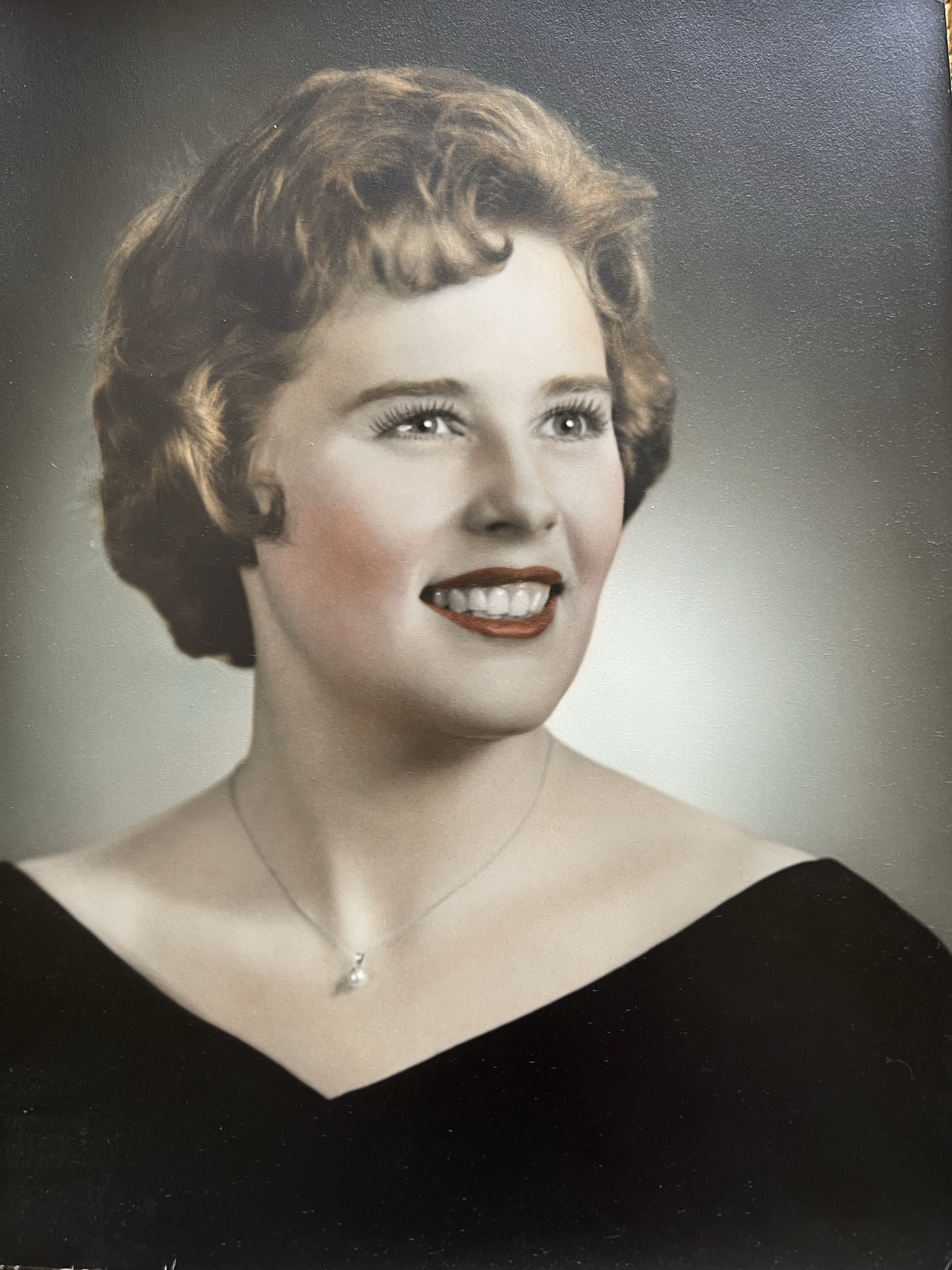 Pat, born on January 19, 1941 to Mary Kimball Felt Ryan and Kenneth “Pat” Walter Ryan in Salt Lake City, the first of three children in her family.  From the time she was little, she was kind, strong willed and always looked at the world through her rose-colored glasses.  She loved the Holiday area and was so proud to be an Olympus Titan.  When she found other Titan’s they immediately were fast friends.

She met the love of her life, William “Bill” Ross, Jr., and married November 18, 1961.  The two adored each other and could always be seen holding hands.  She was such a hard worker, and worked in nursing for 17 years, and then had another full career working for Abott Medical, until she retired in 2002.

They went on to have two children; Richard “Ricky” (deceased) and Christina.  She was an excellent mom, supportive, kind, and always there for those that needed her.  She adored her two Grandchildren, Alexandra and Nicholas, and would share their achievements with anyone that would listen.

Pat loved to travel, and in her early retirement, she and Bill, completed their travel wish list, going to Hawaii, Alaska, Mexico and a road trip through all the southern states.  She could faithfully recite all the places they stopped, where they stayed and who they met.  She particularly loved her cruising and being on or near the ocean.  She loved her Mt. Olympus, but the Oregon Coast was always calling to her, and they spent many a summer near Astoria, catching and eating crab, and having clam chowder at Mo’s.

Pat and her husband Bill, joined Adah Chapter, Order of the Eastern Star in the 1970’s.  They loved STAR and made wonderful friends.  They were active members until illness’s took their toll and limited driving.

She was such a strong person, and regardless of the circumstances, she would say, there is no sense being unhappy, as happiness is a choice, and she chose to be happy.  Her calls would always end with an “I Love You” in a wonderful upbeat voice.  That voice will be missed by all that knew her.

Pat was predeceased by her son, Ricky, parents, Mary and Pat, and sister Margaret. She is survived by her husband Bill, daughter, Christina (Robert Pryor), grandchildren, Alexandra and Nicholas, brother Mike Ryan (Carol) and many nephews and nieces.

In lieu of flowers, please consider a donation in Pat’s name to the Shriners’ Hospital. Graveside services will be held at the Salt Lake City Cemetery on Friday, March 11, 2022 at 2:00 pm.

To order memorial trees or send flowers to the family in memory of Mary "Pat" Ross, please visit our flower store.
Send a Sympathy Card