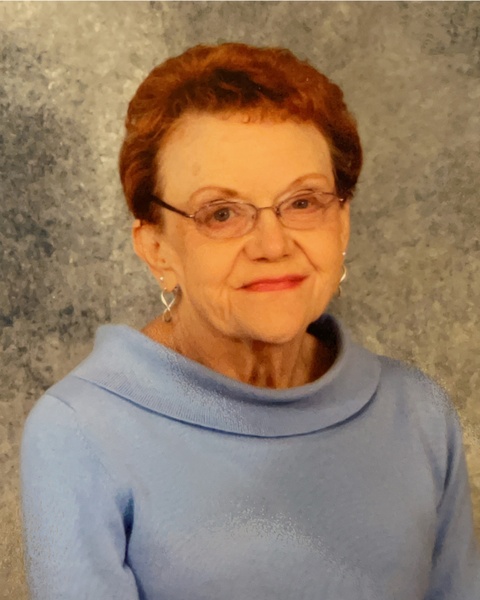 Mary LuDene Burrows was born to Leonard Eugene Burrows and Eva Ellaline Thornock on March 7, 1932. She was the third child and only girl.  Robert George and Leonard Eugene Jr were her older brothers and John Kent was three years younger. Mary Lou, as she was known by all, had an active and vibrant childhood and did well in all her academic endeavors and was a lively social butterfly, enjoying many friendships and admirers of the dating and courting variety.

She, we are sure, broke many hearts when she accepted the proposal and married Sterling Banks Tolman in 1952. Together they had four children: Jan, Craig Sterling, Claudia Kay, and Paul Alan Tolman. They worked together until it didn’t work anymore and were divorced in 1972.

In 1973 Mary Lou married Fred Daniel Marten. They spent the remaining years in love and support of each other until Fred passed away in 1992.

Mary Lou fought a good fight as she struggled with many difficult health conditions and emotional struggles. She was diagnosed with Lewy Body Dementia at the young age of 73 and went through the many stages of that cruel process until she passed away on October 1, 2022.

She was preceded in death by so much family that she was surely greeted by the loving embraces of parents and brothers and husbands and a lovely granddaughter. The rest of us are still plodding along here until we meet again in light, health, and joy on the other side.

We love you mom and grandma, great-grandma!

The family will be meeting together to celebrate her life at the home of Claudia and Steve Nielsen:  9172 E. Falcon Way, Huntsville, Utah. We would be honored to greet anyone that would like to make the journey to Huntsville and celebrate her life with us at an open house on Saturday, October 15, 2022, from 5 to 7 p.m.

To order memorial trees or send flowers to the family in memory of Mary Lou Tolman Marten, please visit our flower store.