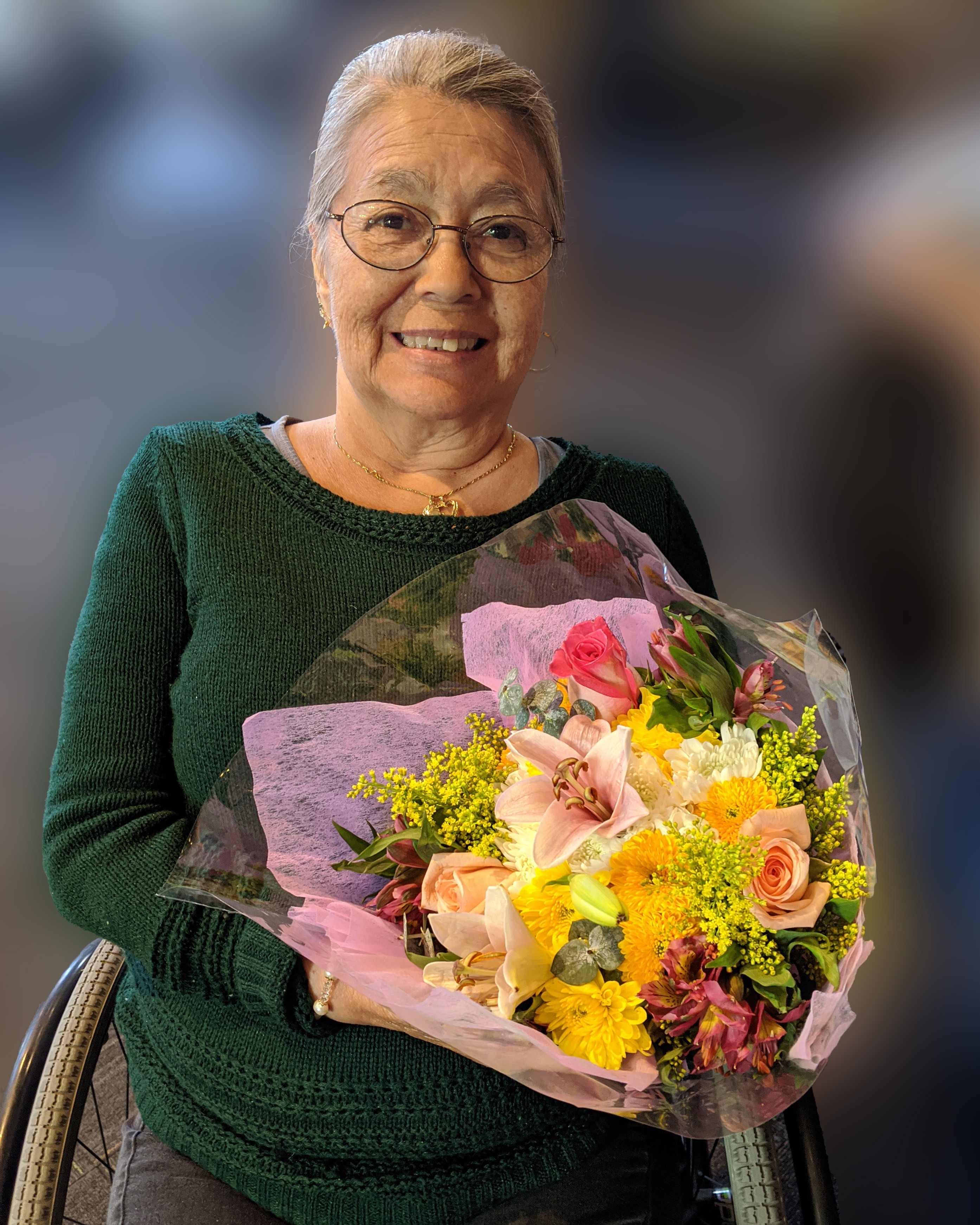 Mary Ellen “Nena” Moreno passed away peacefully surrounded by her children and husband on October 13, 2022 in Layton, Utah. She was 68 years old.

Mary Ellen was born on May 21, 1954 in Richmond, California, to Manuel and Teresa Roa. She was one of eight children.

After her family moved to Oakland, California, she attended school at Fremont High.

In Oakland, she met Mario Moreno when he was working on his 1961 Chevy at his house. Mary Ellen asked him if he'd like to be in her brother's wedding. He said no, like an idiot. He later saw her at Fremont High, dressed in a bib hot pants and suspenders, and thought, "Wow, I should've gone out with her." A year later, he was stationed in San Francisco with the Army and wrote her a letter asking to meet and go out on a date. And the dates never stopped. In 1976, she married Mario Moreno at St. Elizabeth Church in Oakland on June 12th.

She would go on to become a licensed beautician, working at five salons for over 30 years. Mario’s military career took them to Fort Clayton, Panamá; Sacramento, California, and finally to Layton, Utah.

She was passionate about taking care of her family and could often be found playing and being silly with her granddaughters. She loved to sew, read, cook and bake, watch soap operas, draw, sing, do crossword puzzles, and attend car shows with her husband.

Mary Ellen was preceded in death by her son Mario Roa Moreno, her parents Manuel and Teresa Roa, and her sister Alice Martinez. She is survived by her husband, Mario Moreno; her daughter, Victoria Moreno; her daughter and son-in-law, Yolanda and Richard Hampt; her son, Carlos Moreno; her granddaughters Serenity and Harmony Hampt; her brothers, Tony Roa, Art Roa, Manny Roa and Joe Roa; her sisters, Rosemary Arviso and Irene Jackson; her mother-in-law, Cleotilde Moreno; and many nieces, nephews, great-nieces and great-nephews, cousins, and friends.

The family would like to give a special thank you to all the nurses and aides who cared for Mary Ellen, especially those at AMG Senior Medical Group, Rocky Mountain Care, Inspiration Home Health & Hospice, Huntsman Cancer Institute, and Davis Hospital.

To order memorial trees or send flowers to the family in memory of Mary Ellen "Nena" Moreno, please visit our flower store.