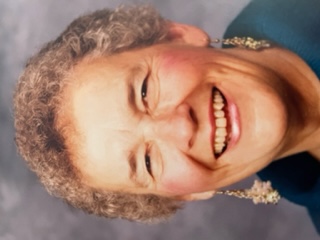 Mary J. Bone, longtime resident of Farmington, Utah and beloved by all who were lucky enough to know her, died of natural causes on March 14, 2022.

Mary was born in Kansas City, Kansas on October 22, 1930 to Kathryn B. and Walter M. Jennings.  The family moved to Farmington for her father’s job when Mary was in grade school.

Mary graduated from Davis High School in 1948.  She married the love of her life, Dale E. Bone in 1949 and together they built a strong and loving family.  Mary very much enjoyed sharing pictures of her great grandchildren with those around her.  When she was at home, Mary enjoyed gardening and watching the local wildlife, including some very well-fed birds and squirrels.

Mary was also a social butterfly and no matter where she was she would cross paths with a friend.  She always took time to say hi and was genuinely happy to do so.  Among her many activities, she was an active member of the Bountiful Community Church, Bethsaida Chapter #22 Order of the Eastern Star (Past Matron), PEO Chapter AH (Past State President), and Daughters of the Nile.  She even continued monthly lunches with her high school girlfriends for as long as she was able.

Mary spent her career with the Davis County School District from 1966 to 1992.  Mary was also dedicated to giving back to her community.  She volunteered at the Bountiful Food Pantry for over 20 years and served many of those years on their board.

To order memorial trees or send flowers to the family in memory of Mary Louise Bone, please visit our flower store.