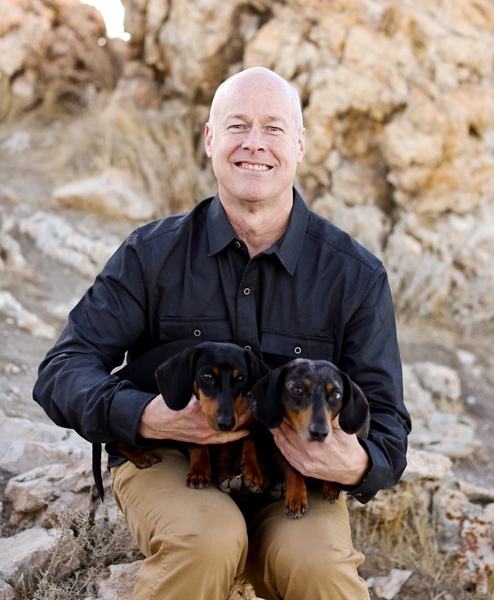 Mark grew up near Forest Green Park; he and his brothers ran the neighborhood. They spent all their time outside roaming around, exploring, and causing trouble. They were well known by all the neighbors as “those Nichols boys”. He was a well-rounded athlete; he excelled at ski racing, church basketball, and tennis. Mark was humble, kind, and a friend to all.

He graduated from Ogden High School in 1982, he then studied at Weber State University, and finally attended dental school at Medical College of Virginia (MCV), where he graduated in the top 5 of his class in 1993.  Mark completed his residency at the VA Hospital in SLC, Utah after which he joined his father in his family dental practice in South Ogden, Utah, where he practiced dentistry for 28 years.

Mark met the love of his life, Melissa Hoffmann, at Alpine Sports, where they both worked. They were married on July 19, 1991, at The Deer Valley Lodge. Mark and Melissa were truly best friends as they raised their children side by side and continually traveled the world together. They had three wonderful children. Mark had a very special relationship with each of his kids and loved spending time with them individually. His main goal in life was to teach them to be good people, to brush their teeth, and to not take life too seriously. Together they loved going on adventures, boating at Lake Powell and Hebgen Lake, and visiting National Parks. They loved skiing, playing tennis and pickleball, hiking, exploring, and watching shows in their theater. The greatest joy in Mark’s life was his family; he was happiest when they were all together.

Mark was an avid member of the Boy Scouts of America, receiving his Eagle Scout Award at the age of 13. He continued to be active in scouting throughout his life; he attended every campout with his boys during their time in scouts. He was also a member of the Church of Jesus Christ of Latter-day Saints.

Mark was a very sociable and friendly person. He saw each of his dental patients and employees as true friends. It has been said that we need more Mark Nichols in the world!

He is survived by his wife of 31 years, Melissa, and his children: Riley (Abbie), Abby, Benjamin (Camille), and his two pups, Gary and Vince; his grandson, Nash; his parents; and his 4 siblings: Terrie (Mark) Meadows, Jill (Steve) Webber, Chris, and Craig (Missy).

We would like to extend our gratitude to the Huntsman Cancer Institute and Intermountain Homecare and Hospice for their help, reassurance, and excellent care.

In lieu of flowers, we ask that you spend that money to make memories with your family. And please remember to do as Mark always said, “Get busy livin’ or get busy dyin’”.

To order memorial trees or send flowers to the family in memory of Mark Alan Nichols, please visit our flower store.