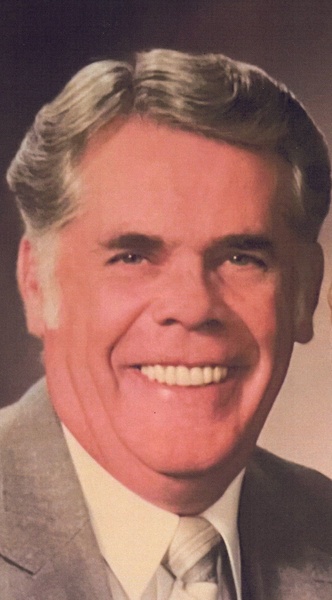 peacefully surrounded by his loving wife and family on Friday, July 08, 2022. Mark was truly

Mark was born to Nephi James Hulet and Nellie Marguerite Nelson on May 14, 1932, in Milton, Utah. As a young boy his family traveled frequently as his father was employed by the railroad, leaving Peterson Utah, and living in Oregon, California, and Nevada before settling in Ogden, Utah as a teenager. He graduated from Weber High School in 1950. He attended Weber State College obtaining an Associate Degree in Logistics Management. He also attended many management classes at Utah State University and the University of Utah.

Mark retired from Hill Air Force Base after 37 years of service. Prior to retirement he held several senior level management positions, and he received many outstanding and superior awards for his performance.

Mark served with the Utah Army National Guard at the rank of 1st SGT (M-Sgt). When promoted

Mark loved golfing, fishing, and hunting. He always said he was going to take a day off from golfing and go fishing. He got the coveted hole-in-one at the Montpelier Golf Course, Montpelier, Idaho. He was a master fly fisherman, designing and tying his own flies. He thoroughly enjoyed teaching his wife, grandchildren, and great grandchildren the art of fly fishing. In his younger years he enjoyed archery and rifle big game hunting with family and friends. Mark was an accomplished artist. Many of his oil paintings adorn his home and those of his children and stepchildren. Each grandchild received a special painting of their favorite place from him as a gift.

Mark and Marie played golf and golf tournaments in Utah, Nevada, Arizona, and Idaho. They traveled with their trailer in all western states. One of their favorite areas was the Oregon Coast. They used their trailer to launch their fishing trips to Utah’s high Uintah’s (Browne Lake), Strawberry, the Green River (Utah and Wyoming), Jackson, Wyoming, and Yellowstone areas. Mark and Marie turned snowbirds for several years in the Stafford Arizona area where they played golf all winter.

Mark married the love of his life, Marie Woodward McBride on June 09, 1965, in Jackson, Wyoming. They were later sealed together for time and all eternity on February 09, 1966, in the Salt Lake City Temple, Church of Jesus Christ of Latter-Day Saints. Mark and Marie served a mission for The Church of Jesus Christ of Latter-Day Saints in the Philippines Manila Mission and California Oakland Missions.

Mark was an active member of the Church of Jesus Christ of Latter-Day Saints fulfilling many callings one of which was Ward Clerk and Ward Finance Clerk, serving 21 years and five Bishoprics.

Mark was a great example to his family, friends and all that knew him.

Interment will be at the Kaysville Cemetery directly after the service.

Services will be live-streamed and may be viewed at www.lindquistmortuary.com by scrolling to the bottom of Mark’s obituary page.

To order memorial trees or send flowers to the family in memory of Mark Reed Hulet, please visit our flower store.