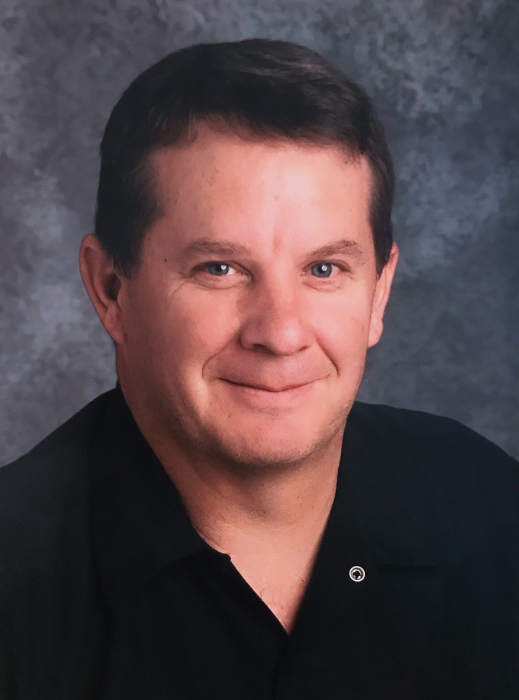 Mark Alan Bennett was welcomed to his heavenly home on Saturday, August 21, 2021. Mark was born to Richard and Lula Bennett on July 4, 1965, in Ogden, Utah and was a lifelong resident of Hooper, Utah.

He was the youngest of five spirited boys and later in life was elated when he gained a younger brother through adoption. The “Bennett Boys” competed in youth rodeo, Hooper Circle H Jr. Posse, and were always a force to be reckoned with. Growing up on the family farm, his dad instilled in him the principle of hard work. In addition to chores on the farm, he trapped muskrats and mowed lawns to afford his own things, such as a baseball mitt and a saddle. Mark aspired to be a jockey and developed into a top-notch horse trainer. He led an active lifestyle and enjoyed sports, the outdoors, and hunting.

Mark married his high school sweetheart, Darlene, in the Salt Lake Temple on April 25, 1986 where they started their eternal family. Together they had four children, Lacey, Brandon, Trevor, and Chelsea. His family, their spouses, and his eight grandchildren, were the light of his life. He considered them his greatest accomplishment.

Mark’s influence did not stop within his family. He touched many lives through his 40 years of service in the Weber School District. He mentored hundreds of youth who worked for him, was a friend to the faculty, and a favorite of the students. Mark was the face of Kanesville Elementary and was fondly known as “Mr. Bennett” wherever he went.

Outside of his career he found joy in spending time with others, sharing the hobbies he loved. Mark spent many years chariot racing at the track, leading the Hooper Circle H Jr. Posse, and coaching his kids’ athletic teams. He grew to love ice fishing and golf, but none of these activities mattered to him unless they were done with family.

Mark was a handyman and provider. If something was broken, he found a way to fix it. He was always his kids' first call when they needed help. Mark was a friend to all and fiercely loyal to his family. Everything he did was motivated by his desire to meet the needs of his wife and kids.

Mark wasn’t a man of many words, but the ones that he did say were completely inspired or offered a good laugh. His little notes or one liners were just the encouragement you needed. The things that weren’t spoken were taught through his actions and deeds. Above all else, Mark was a man of faith and relied on his Savior for strength. He was a member of The Church of Jesus Christ of Latter-day Saints. He gained many meaningful relationships through his membership and service in the Church. Mark’s motto was to “pray always,” which you could find him doing on many occasions, especially before every horse race. He instilled that principle in his children and they too, developed the habit to say a prayer before all their rodeos and sporting events.

Mark is survived by his wife Darlene; his four children, Lacey (Michael) Summers, Brandon (Vanessa) Bennett, Trevor (Abbie) Bennett, and Chelsea (Bryton) Louth; eight spunky, beautiful grandchildren who adored him; his mother Lula; and his brothers, Bill, Clint, Todd, and spouses. Mark is reunited with his brothers Scott and Christopher, and his father Richard.

For those who cannot attend in person, the funeral will be livestreamed and recorded. You can view the livestream on the bottom of his obituary on the day of services.

In honor of his brother Christopher, Mark had a desire to promote suicide awareness. Therefore, in lieu of flowers, donations can be made to the Bennett Memorial Fund at https://supporting.afsp.org/campaign/Bennett-Family-Memorial-Fund .

To order memorial trees or send flowers to the family in memory of Mark Bennett, please visit our flower store.