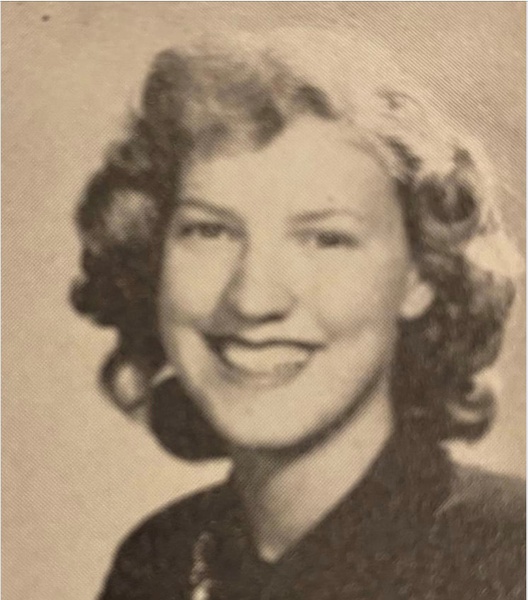 Marjorie was born, as she understood it, in her paternal grandparent’s home and delivered by her midwife grandmother on February 21, 1936, to Elbert Henry and Ruby Sessions Kennington, in Afton, Wyoming.

She attended local schools and a favorite memory of hers was of her grandmother Kennington sitting on her front porch waiting for Marjorie to pass by on her way home from school. Often, they would visit for a while. Marjorie had many fond memories of being raised in Afton, of her family, and friends.

After graduating from Star Valley High School, she moved to Salt Lake City to work. Here, Marjorie and her sweetheart, Charles Kay Arnold, met and were eventually married on her birthday in 1956 in the Salt Lake City Temple.

Marjorie and Charles moved many timers during their marriage, living in several different places in Utah, Arizona, California, and Wyoming.

A member of the Church of Jesus Christ of Latter-day Saints, Marjorie enjoyed serving in various callings in many wards she belonged to throughout her life. Especially dear to her heart was ministering, where her care for others expanded beyond assignments to include friends and acquaintances in the greater communities in which she lived.

Marj, as her friends and family call her, will be remembered as a kind and loving soul who considered everyone her friend and always showed her love with a smile, hug, or kind words. Marj had a big laugh that could fill any space she occupied and bring joy to those fortunate enough to hear it. Even after a tragic car accident that cost her some of her mobility and resulted in many years of unimaginable pain, Marj was always eager to share a smile, a hug, or a laugh. She served and endeavored to make life a little easier for others.

She is preceded in death by her husband, both parents, one granddaughter, Alisa, two great grandsons, John and Vincent, two brothers, Reynold and Derril Kennington, and a sister, Ann Lancaster. Marjorie was also preceded in death by a cousin, Hilda Titensor, and a niece, Jana Lee Woods, who were raised by Marjorie’s parents, and she considered them her sisters.

She is loved and will be missed by all who knew her.

To order memorial trees or send flowers to the family in memory of Marjorie Mae Kennington Arnold, please visit our flower store.