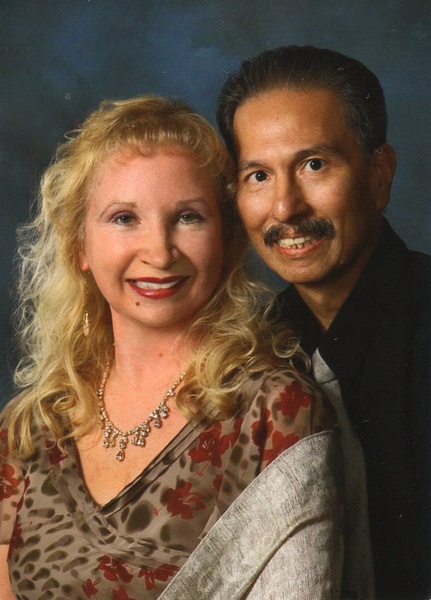 He was born in Del Rio, Texas on July 19, 1953, to Juan Jose and Victoria Ybarra Gutierrez.  Manny was raised in California including Los Angeles and Huntington Park, where he graduated from high school in 1971.

He met Katherine Palan at some of his younger brother’s sporting events, starting a courtship and were later married on July 27, 1974, in Norwalk, California.

Manny enlisted in the United States Air Force in November of 1977 and was honorably discharged as a SSGT from Shaw Air Force Base in 1983.  Part of his service was spent in England where he and Kathi enjoyed Princess Diana and collecting souvenirs together.  Following his military service, Manny became a postal carrier, retiring from the USPS in the summer of 2008.

Manny loved to sing, writing Kathi love songs.  He played the keyboard and was a huge sports fan.  He competed on the USAF softball team in Greece and was an avid bowler, winning many trophies.  Manny enjoyed helping cook, but really enjoyed the eating part.  He would also clean up after.

He also loved volleyball and traveling.

Manny was loving, loyal, and full of integrity.  His work ethic was unparalleled, and he always put Kathi first.  He will be remembered for his kindness.

To order memorial trees or send flowers to the family in memory of Manuel "Manny" Gutierrez, please visit our flower store.