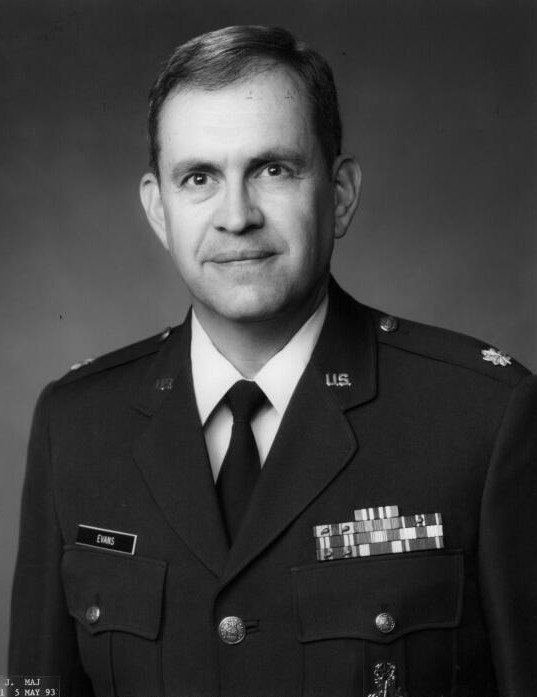 Val James Evans was born September 29, 1950 and passed away September 16, 2021, peacefully at his home. He was the son of James Eugene Evans, and Norma Fay Jones Evans. On August 30, 1972 he married Karen D. Peterson in the Ogden Temple. They were the parents of three daughters and four sons. He graduated from Weber State College with a bachelors degree in biology, and secondary education. He taught for three years in the Weber School District.  He then took a commission in the USAF where he retired as a Major. While in the AF he obtained a Masters in Industrial Safety, and a Masters in Logistics Management. He used his Logistics degree working for NATO in Germany.

While in the AF, he served at Whiteman AFB, Missouri, Vandenberg AFB, California, F E Warren AFB, Cheyenne, Wyoming, Wright-Patterson AFB, Dayton, Ohio, Heidelberg, Germany, and Hill AFB, Utah.  After retirement, he worked as a contractor in the Middle East, in the Sultanate of Oman.

Val loved his family with all his heart. He was an active member of The Church of Jesus Christ of Latter-day Saints. He served in many positions, but his favorite was teaching, and singing in the choir.

We would like to thank Hospice, especially his nurse Sara for their care.

Funeral services will be held on Wednesday, September 29, 2021 at 11 a.m. at Lindquist's Ogden Mortuary, 3408 Washington Blvd. Friends may visit with family on Tuesday evening from 6 to 8 p.m. and Wednesday from 9:30 to 10:30 a.m. at the mortuary.  Interment, Lindquist’s Washington Heights Memorial Park, 4500 Washington Blvd., where military honors will be accorded.

To order memorial trees or send flowers to the family in memory of Major Val Evans (USAF, Ret), please visit our flower store.