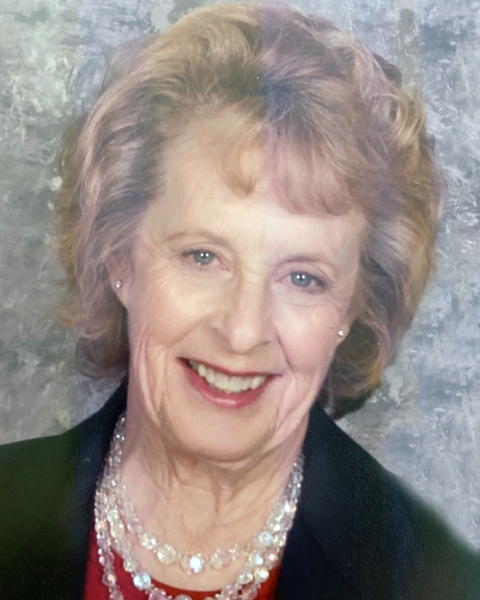 Lula was born in Layton, Utah on July 17, 1933 to Charles and Helen Wellard. The family soon moved to Pocatello Idaho where her little brother Darl was born three years later. Her parents eventually divorced and Lula became a responsible young girl, taking on the care of her little brother while her mother worked hard to support the family. Despite, or maybe because of, their hardships, they were a tight knit family who loved and cared for each other.

In Lula’s junior year of high school, she met Richard William Bennett at a Gold and Green Ball in Lava Hot Springs. That was the beginning of a sporadic courtship, and after Richard returned from the Korean War, they were married on September 24, 1952. Their plan was to wait two years before having children, but ten months later, they were delighted to welcome Richard William Jr. to their home. The little family moved to Utah, settling in Hooper. Five years after their first child, a much-awaited baby boy, Clinton joined the family. Then came Scott and thirteen months later, Todd. With one last attempt at having a girl, they completed their family of five boys with Mark. Or so they thought. Many years later, they adopted their last boy, Christopher.

From a young age, Lula worked at various jobs, eventually retiring from HAFB. She took pride in her work in and out of the home and it showed. However, her delight was in her family and she supported them fully. She spent many years on the sidelines of sports fields, arenas and racetracks. For ten years she supported her sons and sixty plus youth each summer, leading the Hooper Jr Posse with her husband. Lula was a quiet person but always carried a smile and was kind to all.

Lula had a love of her Savior and was drawn to Him all of her life. As a little girl, she would often attend various churches, even by herself. After moving to Hooper and learning more about her husband’s faith, she was baptized a member of The Church of Jesus Christ of Latter-day Saints. Lula and Richard solemnized their marriage and sealed their family together in the Logan Utah Temple on May 2, 1960. She enjoyed serving in the church and community and was loved by many.

Lula is survived by her brother, Darl (Kathy) Wellard, her sons, Bill (Barbara), Clinton (Cheryl) and Todd (Trudi), a daughter-in-law, Darlene, and many grandchildren and great grandchildren. She is preceded in death by her husband, Richard and three sons, Scott, Christopher and Mark.

The family would like to thank the staff at Barrington Place and the exceptional care given by the staff at Applegate Hospice.

Funeral services will be live streamed, and will be made available by scrolling to the bottom of Lula’s obituary page.

To order memorial trees or send flowers to the family in memory of Lula Pearl Bennett, please visit our flower store.