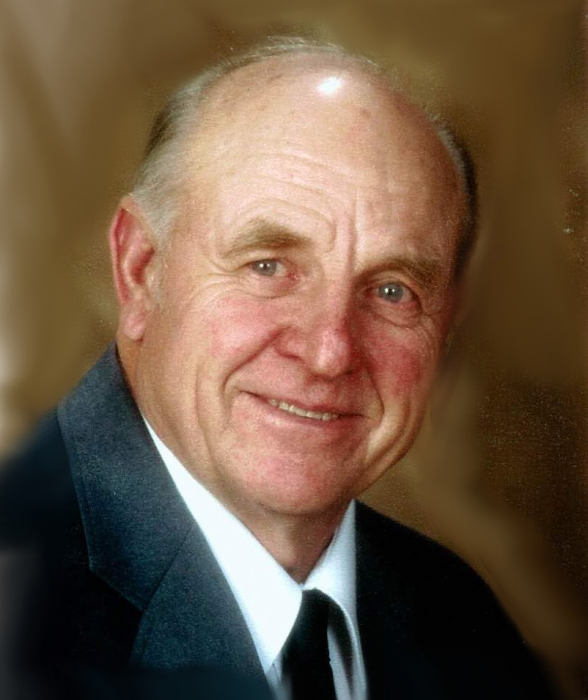 Loren was born July 17, 1924 in Tremonton, Utah to Zina Cook and Loren Kay. He was the third child in a family of 14 and has five brothers and eight sisters. He graduated from Bear River High School. Loren married his high school sweetheart, Bessie Eliza Nelson, on January 17, 1944 in the Logan Temple. Bessie passed away January 5, 2011 just shy of their 67th wedding anniversary. What a reunion that must have been. Loren married Irma Morgan, June 24, 2011 in the Bountiful Temple for time.

Loren learned a love of carpentry at an early age. Loren served in the U.S. Army during WWII and witnessed the signing of the surrender of the Japanese to end the war. Returning home, he went back to the love of construction starting his own business, O. Kay Construction, Inc. He developed several subdivisions, built many homes, businesses and two LDS meetinghouses in Roy and assisted with others. He continued to help those in need of his construction knowledge throughout his life and would say “I didn’t make a lot of money, but I did make a lot of friends.” He was always generous with everything he had whether time or resources. If you needed help, he was one of the first one’s there. He was a true gentleman in every sense of the word.

Loren served a mission with his wife, Bessie, to the Washington, DC temple. He was always a missionary to everyone he saw and was not afraid to talk to anyone about the Gospel. He served in various positions for The Church of Jesus Christ of Latter-day Saints, including serving as bishop for ten years. He taught his children hard work, love of country, love of service, and a love of the Gospel. He was an example of love and forgiveness to everyone around him.

He could often be found playing his harmonica for anyone who would listen, sharing his garden and his testimony of the Savior Jesus Christ.

We as a family would like to thank with deep appreciation all who helped care for him when things became too difficult, there were so many to name them all.

We love you Dad, Grandpa. See you soon.

In lieu of flowers, please donate to the VA or The Church of Jesus Christ of Latter-day Saints Missionary Fund in dad’s name.

The funeral services will be live streamed at the bottom of the obituary page for Loren at lindquistmortuary.com

To order memorial trees or send flowers to the family in memory of Loren Kay, please visit our flower store.