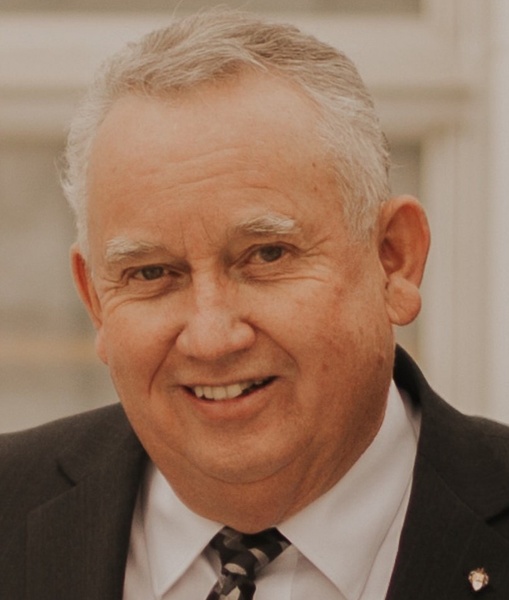 Lonnie was born September 29, 1945 in Logan, Utah to Nathan Rulon and Flo Godfrey. Lonnie grew up in Clarkston, Utah. He graduated from North Cache High School in 1963.

Lonnie served a mission for The Church of Jesus Christ of Latter-day Saints in the Southern States Mission.

He was drafted into the US Army on November 7, 1967 during the Vietnam War and reported for Basic and Advanced Infantry Training (AIT) in Fort Lewis, Washington. Upon returning home from AIT, he married his sweetheart, Diane Roberts, on April 4, 1968 in the Logan Temple. After their honeymoon to Southern Utah, Lonnie reported for duty on April 12, 1968 and was sent to the front lines in Vietnam. He received a Purple Heart, Bronze Star, Air Medal, National Defense Service Medal, Vietnam Service Medal, Vietnam Campaign Medal, and Combat Infantryman Badge.

Following his honorable discharge from the service, Lonnie and Diane made Riverdale their home in 1970 and raised their family there.

Lonnie studied Automotive Technology at Weber State College. He worked for UDOT (Utah Department of Transportation) as a Diesel Mechanic for 39 years. He repaired UDOT snow plows, tractors, dump trucks, and other equipment throughout Region 1.

Lonnie loved farming. He farmed the family ground of his youth with his brothers as well as his own ground. When he wasn’t farming, he could be found on the sidelines cheering for his children and grandchildren. He loved his family and was proud of all of their accomplishments in school and extracurricular activities. He loved being a grandpa to his grandchildren.

He was a friend to everyone and went out of his way to help anyone in need, especially his neighbors in Riverdale.

To order memorial trees or send flowers to the family in memory of Lonnie Wayne Godfrey, please visit our flower store.