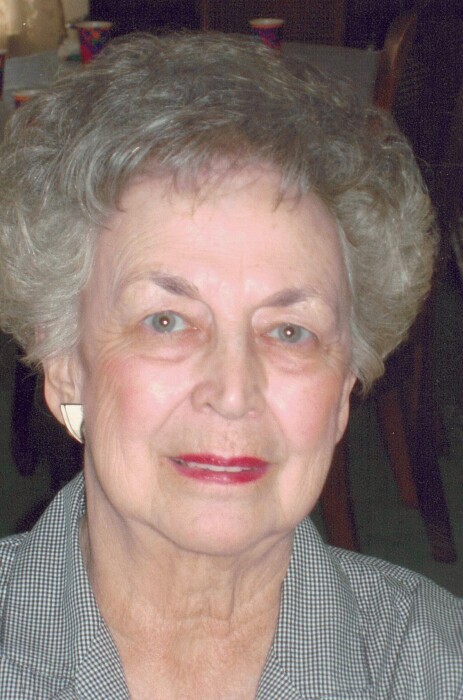 She was born Tuesday, May 1, 1928 in Cornish, Cache, County, Utah to Albert Dell and Mable Anderson Redford. (Life expectancy was then 54.1 years: Amelia Earhart was the first woman to fly an airplane across the Atlantic and in August a new geyser sprayed 75 Ft. high at Yellowstone Park).

She was an Accountant and Interior Decorator at Gateway Glass and Paint Co. in Ogden April 1949 to October 1950; She married Roy William McFerson on the twelfth of September 1951 in the Salt Lake Temple; supported him as Clearfield Ward Bishop 1968 to 1974,  plus two High Councils in Clearfield and last one in Layton.

She served in Primary/YWMIA (teacher/Counselor/President) Cub Scouts; on Clearfield Stake Relief Society Board (Shake spear/Literature/Drama); as Layton 28th Ward Relief Society president. For five years 1980 to 1985; Gospel Doctrine and coordinator in Lincoln Ward, teacher and Northridge Stake Family History Consultant for several years. She and Roy served a LDS Mission in 1986 to 1987 in Ventura, California.

Her greatest love was being a homemaker and mother to Gerald and Karen as well as trailering with her family. In 1974 she, Roy, and Karen toured early LDS sites; 1977 Holy Land BYU tour with sister Donna and also 1996 to Ancestral England, Sweden, Norway And Scotland sites.

She retired July 1981 from Federal Employment after 30 years (six at Naval Supply Depot in Payroll/Stores/Accounting and 24 years as Logistical and Aircraft Modification  Manager at Hill AFB) to take care of Roy when his health deteriorated (five heart bypasses by Specialist Russell M. Nelson in SLC and five more in 1990.

She served many years as Family Organization President, Chairman of Reunions/History and cookbooks, wrote skits and Poetry, did oil paintings of their choice for 22 beloved nieces and nephews plus others. She loved sewing draperies for their three homes and hosting family diners and parties. She diligently tried to never gossip or find fault in anyone and so appreciated members and friends in various Wards/Stakes and Clubs (Charter member of Articulate Club and Charity DUP camp in Layton).

She also thanks wonderful friends and neighbors, Bishoprics. Stake Leaders/Visiting and Home Teachers plus Home Evening and Birthday Groups in Clearfield, Tri-Oaks and Willow Bend in Layton.

Mom had a special spot in her heart for Shriners Hospital. In Lieu of flowers please make a donation to the Salt Lake Branch.

To order memorial trees or send flowers to the family in memory of Lola McFerson, please visit our flower store.