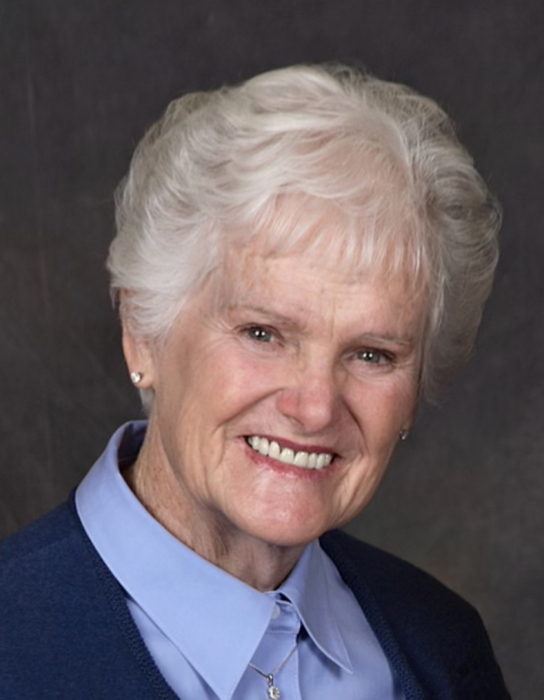 Linda was born at home in Pleasant View, Weber County, Utah on June 28, 1938. She was the third daughter, and fourth child of Elmer and Libbie Harris. She graduated from Weber High School in 1956, then she attended Weber College and earned an Associate degree as a Registered Nurse in 1958. She attended the University of Utah where she received a Bachelor of Nursing Degree in 1960.  Linda worked as a nurse at LDS Hospital in Salt Lake City, Weber County Health Dept, Logan LDS Hospital in Logan, Oklahoma State Student Hospital, and Utah Department of Health throughout her career.

Linda met her husband of 59 years, Mark, while attending the University of Utah and working at LDS Hospital in Salt Lake City, Utah. She told Mark that she would only marry someone who was a returned missionary and shortly thereafter, when he became old enough to serve, Mark turned in his mission papers.  Linda ensured he would be successful by supplying him and his mission district with copies of the Book of Mormon. After setting Mark apart for his mission Elder Spencer W. Kimball, speaking of Linda, said, “She will wait for you”. To the gratitude of her future children, she faithfully waited while he served.

Linda’s Patriarchal Blessing told her, “You will be useful and valiant among the sick and sorrowing.”  The statement was an accurate description of how she would live her life. She chose nursing as a life’s vocation and cared for others her entire life.

During their early married life Linda worked tirelessly, both outside and inside the home, to enable Mark to pursue his education.  Nine years, and four children into their marriage, Mark finished his schooling having obtained a PhD, she obtained her PHT…  ”Put Hubby Through”.  While living in Alaska she was mother to many by loving and serving them. She could always be found housing people from out of town, feeding strangers, shuttling people around town, and laughing and playing pranks with her kids.  She has a wonderful sense of humor which often surprised and delighted her friends and family.  She always provided a helping hand, encouraging those around her to improve and always sending them off with a full belly.  Through her kind and loving service, she built lasting friendships of an eternal nature.

About the age when most people retire, Linda and Mark started a fishing lodge in Alaska (Doc Warner’s) … she was the driving force.  She let Mark call the lodge after him because it was a catchy name but ask anyone, we all know who ran the show.  As quick as the business was stable, and with the help of friends, she and Mark began serving senior missions.  The Church of Jesus Christ of Latter-day Saints was the bedrock of Linda’s life.  Linda willingly served in many Church callings in Utah, Oklahoma, Maryland, and Alaska blessing the lives of all she served.  Through her loving guidance six of their children served full-time missions.  (Marene was severely handicapped and unable to serve.)  Linda always stated that her turn to serve would come after the kids were out of the house and fulfilled that desire by serving 5 senior missions with her eternal companion, all in the Pacific area: Micronesia Guam, Vanuatu, Tahiti, Taiwan Taichung, and Philippines MTC.  Her greatest missionary contributions were among the young missionaries, who came to call her “grandma”, comforting and encouraging them on their paths to success on their missions and in their future life.  She was credited by many young missionaries as helping them through the most difficult times of their mission through her love and understanding.

She passed out of this life peacefully at home surrounded by those she loved, received into the arms of her loved ones waiting beyond the veil.

In lieu of flowers, please donate to The Church of Jesus Christ of Latter-day Saints missionary fund.

To order memorial trees or send flowers to the family in memory of Linda Warner, please visit our flower store.