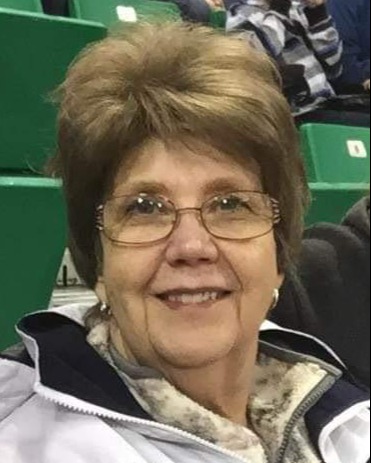 Linda Elizabeth Naylor Morris, 80, of Clinton, Utah, passed away on December 8, 2022 after a

courageous battle of endometrial cancer that metastasized to her brain.

Linda was born on June 25, 1942 to Charles and Ethel Naylor in Ogden, Utah. Linda grew up in Ogden and graduated from Ogden High School. Linda went on to work at HAFB, where she met her first love, Lawrence David Archambeault Jr. Linda married Lawrence on February 19, 1964. Linda and Lawrence traveled the world with the Air Force and enjoyed their final assignment living two years in Augsburg, Germany. With the end of this marriage, Linda and her three daughters moved back to her hometown.

Linda later purchased a home in Clinton where she raised her three daughters. During this time, she

worked at Ogden Defense Depot and HAFB, where through a mutual friend, met her soul mate Marvin Delos Morris. Linda married Marvin on November 4, 1989. Linda and Marvin loved camping at Flaming Gorge in the summer and skiing at Snow Basin during the winter. Linda and Marvin also enjoyed taking cruises and visited Alaska, Mexico, Canada, and Bermuda. After Marvin’s passing, Linda continued to travel with her girls and visited Russia, Netherlands, Denmark, Finland, and the Eastern Caribbean.

Linda was a member of The Church of Jesus Christ of Latter-day Saints. Linda loved the teachings of the church and is sealed to Marvin Morris for eternity.

In lieu of flowers, the family requests donations be made to further cancer research to Huntsman Cancer Institute. (https://give.huntsmancancer.org/page/30815/donate).

To order memorial trees or send flowers to the family in memory of Linda Naylor Morris, please visit our flower store.