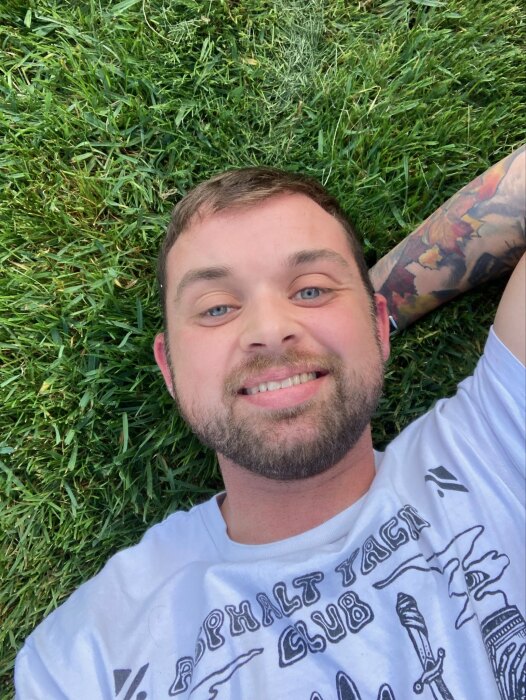 Our son, brother, nephew, cousin, and friend Liam Leland Paskett passed away in the early hours of Sunday, September 26, 2021. He will be deeply missed by those who loved him dearly: his mother Patty Nielson, father Doug Paskett, stepfather Charlie Nielson, his brothers Matthew and Thomas, and his sister-in-law Melissa, along with his canine companions, Rocky and Boston, who are lying next to the door awaiting his return.

Liam was one of the most beautiful, unique, and complex people to ever bless this world with his presence. He spent his 29 years on this earth as a kindhearted, empathetic, and sensitive human. He opened the eyes of everyone he knew to the lives, concerns, and problems of the world they did not see. He created awareness and support for the LGBTQ community.

As a child, Liam excelled in every sport he played. He was a valued member of any sports team on which he participated, including soccer, baseball, basketball, karate, volleyball, hockey, lacrosse (and probably some we’ve forgotten).

Liam’s talents were not limited to athletics. He had an incredible ability to quickly learn to play virtually any musical instrument in which he took an interest. He played the violin from a very early age. He went on to play the piano, drums, oboe, cello, bassoon, guitar, bass, trumpet, trombone, and others.

Liam excelled at every job and trade he tried! After graduating from high school, his compassionate nature led him to work at a group home for troubled teens. This experience influenced his decision to work as a certified nursing assistant in a convalescent home for the elderly.

At the age of 19, Liam moved to Arizona and became a commercial electrician, working on various projects, including a hospital and an airport. Upon returning to Utah, he continued working as an electrician for several companies on projects at the University of Utah, RC Willey, various warehouses, and several buildings at Farmington Station Park.

After leaving the construction industry, Liam returned to working in group homes--this time for mentally and physically challenged adults. He also worked at ARUP, where he gained knowledge of chemistry and biology, which he later put to use as a cultivator in the newly-legalized medical cannabis industry, growing and producing various products to help patients in Utah.

In 2021, Liam became a sous-chef at Harmons, preparing ready-to-eat meals. His coworkers there, and at every job at which he was employed, described him as a hard worker who would willingly and happily take on any task that needed to be done. He was a highly valued member of every team with which he worked.

Liam was very compassionate, always on the side of the underdog, and would literally give someone the shirt off his back. He loved every animal, great and small, scaled, or furry. He adopted animals and humans who needed love, were wounded, sick, or sad, and he gave them a home. His love of animals resulted in his home becoming a veritable zoo. He cared for dogs, snakes, rats, a gecko, spiders, and scorpions. One of his favorite pets was a bearded dragon whose front legs were paralyzed. Liam helped him live out his life, often feeding him crickets using tweezers.

The family would like to express their thanks to everyone who has reached out, shown support, and particularly to those who genuinely loved and accepted Liam. Please don't hesitate to share your memories of Liam and/or Megan with us, using whatever pronouns were used in your relationship, either at lindquistmortuary.com and/or at the graveside service. The courageous manner in which Liam faced his many challenges inspired those around him to think more deeply, judge less readily, and love more generously. So much good can be done for those in desperate need of help.

As a final celebration of Liam’s beautiful, unique, and distinctive life, the family would like to encourage donations to mental health organizations, such as NAMI (the National Alliance on Mental Health) or Encircle.

To order memorial trees or send flowers to the family in memory of Liam Paskett, please visit our flower store.