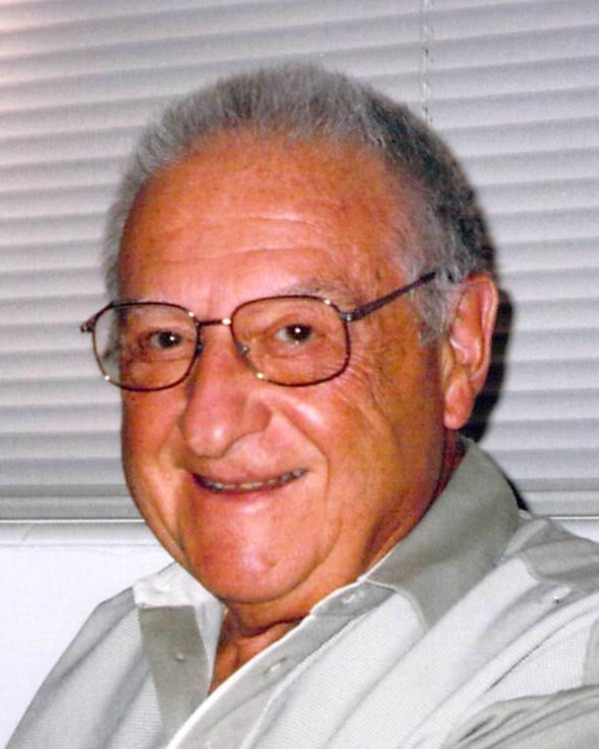 Lewis Frank Pozzuoli passed away peacefully on November 29, 2022, at the age of 87. He was born on September 15, 1935, in Bridgeport, Connecticut. He is the son of Nicola Pozzuoli and Louise Cozza.

Lew attended Central High School in Bridgeport, CT was the captain of the basketball team and earned the nickname “The Lew.” After high school, he attended Quinnipiac College in New Haven, CT where he continued to play basketball. Lew also proudly served in the United States Army and was honorably discharged after the premature death of his Father.

Lew married Marguerite Rose Bauco on November 15, 1958, in Bridgeport, Connecticut. They were happily married for 63 years. Lew and Marge loved to travel and took numerous cruises together. One memorable highlight was traveling to Italy in their retirement years. Lew and Marge faithfully attended their children and grandchildren’s sporting events and other activities.

Lew moved the family to Bountiful, Utah in 1970. He worked for Standard Motor Products and ended his stellar career with this company as a Vice President of Marketing. Lew retired after twenty-seven years of award-winning service in marketing. A proud moment he experienced shortly before his passing was a call he received from Larry Sill, the CEO of Standard Motor Products. Larry called Lewis to pass along his condolences with the passing of Marge. Larry also thanked Lew for his many sales efforts early in the company’s history and mentioned that the company is still benefiting to this day from Lew’s hard work.

Lew loved to play golf and could be found at Lakeside Golf Course in West Bountiful where he played and worked part-time as a starter. Lew jokingly asked for his ashes to be spread in a sand bunker at the course so his friends would visit him often. He also enjoyed spending hours talking with his nephew Chris Bauco.

Lew is a member of St. Olaf’s Catholic Church in Bountiful, Utah and preceded in death by his wife Marge.

The family wishes to express their gratitude, their appreciation and sincere thanks to the many sweet care givers at Whisper Cove Assisted Living Center in Kaysville and Lakeview Hospital Wound Care and Hyperbaric Medicine, they showed love and dedication and gave abundant compassion to Dad. They truly cared for him like he was family.

Thank you to John and Sharon Hansen for their love and care both mom and dad.

To order memorial trees or send flowers to the family in memory of Lewis Frank Pozzuoli, please visit our flower store.