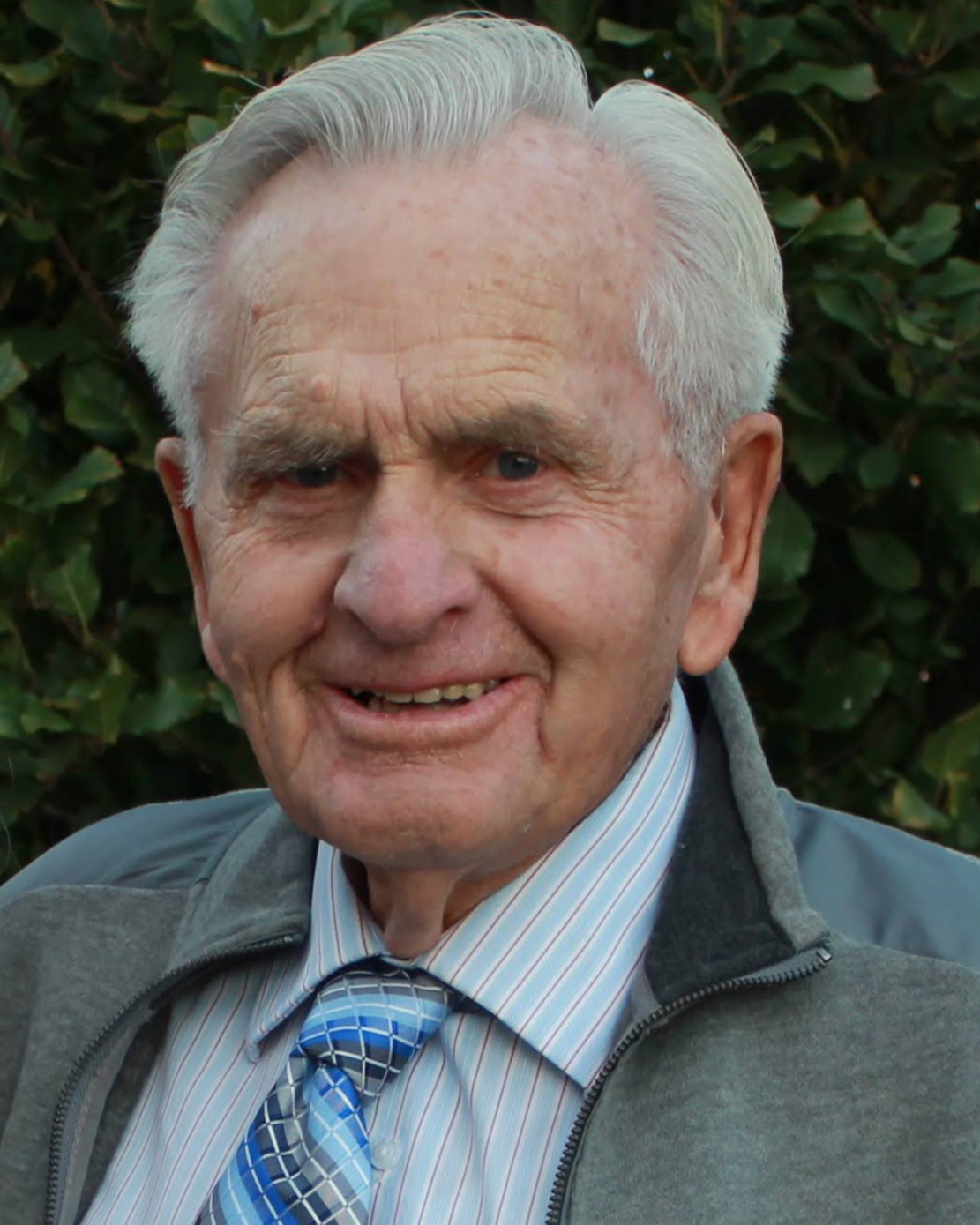 “Roy” was born January 3, 1931 to Harm and Pieterka “Pika” Kapp at home on the family farm in South Weber, UT. He passed away at his home in South Ogden, UT January 5, 2023. He was the seventh of nine children. His parents wanted 12 children, but his father died when Roy was four years old.

This event cast the family into deep poverty. All the kids were expected to work on the farm to survive. One of Roy’s last requests was that he donate a significant amount of his very hard earned savings to The Church of Jesus Christ of Latter-day Saints Humanitarian Fund, because he said, “I knew what it was like go hungry“.

The stories of his youthful shenanigans were a source of amusement to his listeners and himself. We will miss his infectious goofy laugh. He would have the room in stitches when he laughed.

Roy was a doer, holding down two full-time jobs for 40 years. One as a Union Pacific engineer, the other as Minute Man missile technician. When retired, he wasn’t content to sit around, so he went back to his farming roots. He successfully started and managed both a Christmas tree farm and a sod farm. A grandson who worked for him said “He was the strongest man I’ve ever known”. No one could keep up with his tireless pace!

The entire neighborhood was a beneficiary of his bountiful garden. A friend and neighbor said of his passing “I will miss those beautiful tomatoes.” Roy is leaving a legacy of hard work, thrift - he loved a bargain - and compassion. His love of God and country were unbounded. He was passionate about conservative values.

He absolutely adored his grandkids! He and Grandma attended every soccer game, basketball game, recital and play possible. To watch the great-grandkids walk through his garden picking and eating as they went, was a great joy to him.

He married his sweetheart Colleen Robinson at her home in Mountain Green on September 29, 1950 and were later sealed, along with their two children in the Salt Lake Temple October 12, 1961.

He is survived by his wife, Colleen Robinson Kapp; daughter, Julie (Reuben) Cunningham and son, Mark (Kristin) Kapp; nine grandchildren and 16 great-grandchildren. We love you dad and will miss you greatly!

Funeral services will be held on Thursday, January 12, 2023 at 2 p.m. at the South Ogden 5th Ward, 4380 Orchard Avenue. Friends may visit with family on Thursday from 12:30 to 1:30 p.m. at the church. Interment, Lindquist’s Washington Heights Memorial Park, 4500 Washington Blvd. Services entrusted to Lindquist’s Ogden Mortuary.

In lieu of flowers, please donate to your favorite charity.

Services will be live-streamed and available the day of the services by scrolling to the bottom of LeRoy's obituary page at: www.lindquistmortuary.com, where condolences may also be shared.

To order memorial trees or send flowers to the family in memory of LeRoy M. Kapp, please visit our flower store.