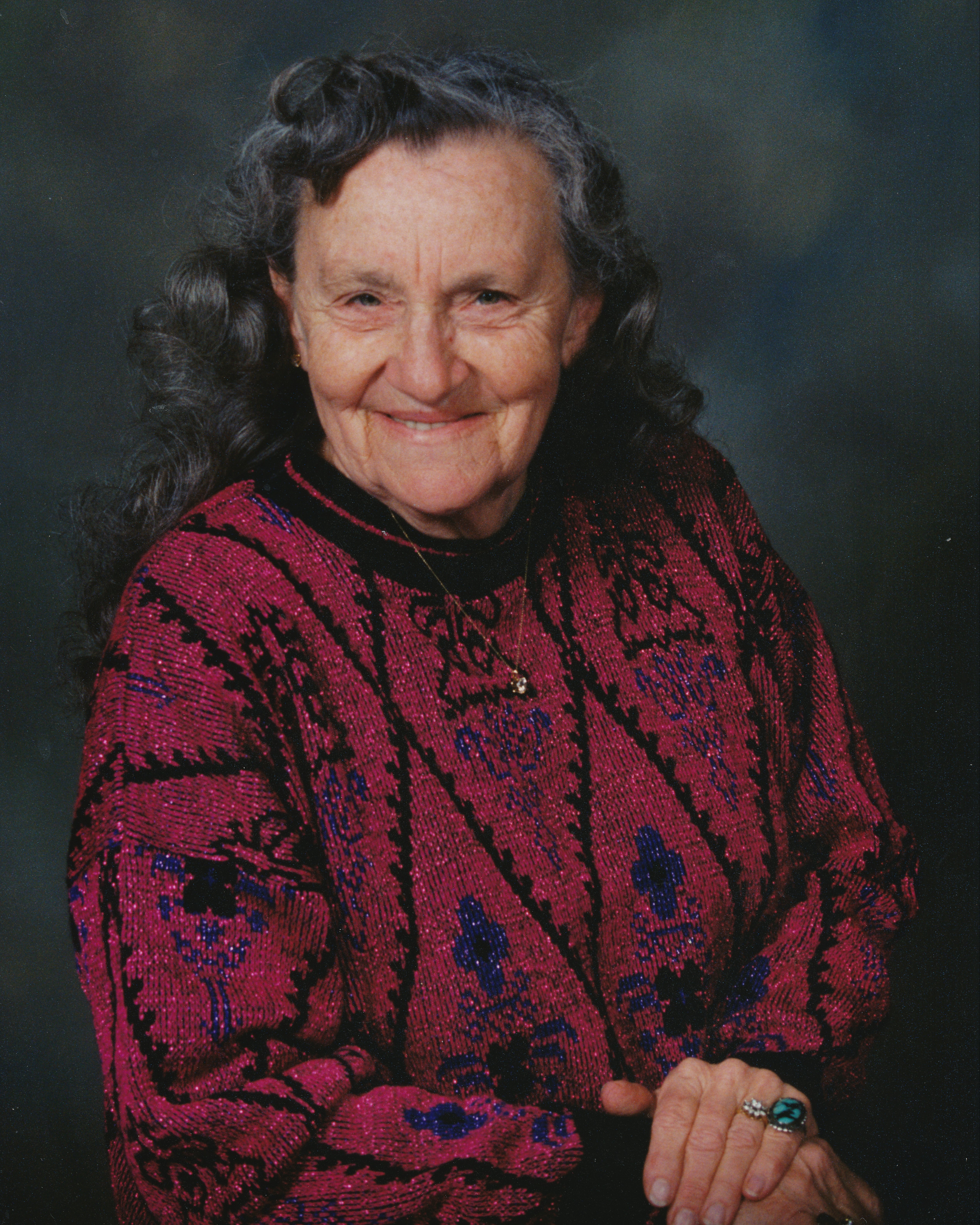 Leanora was born Leanora Butler Child in Ogden, Utah, to Harold Monroe Child and Cleo Butler West on January 2, 1923.  At the time of Leanora's birth, her family was living in Eden, Utah, and due to an existing snowstorm, the family couldn't travel the snow-covered road through Ogden Canyon.  As a result, she was born in the back bedroom of her Aunt Marie's home.

Leanora, being a young girl during prohibition, remembered accompanying her dad when he would deliver moonshine.  She remembered delivering to the speakeasies in the catacombs under 25th Street.  On one occasion, the Weber County Sheriff made an unexpected visit to the family home in Eden, Utah.  Leanora was on the porch when the sheriff arrived and asked, "Is your daddy home?"  Her reply was that he was in the haystack hiding whiskey.

Leanora attended the Mound Fort School in Ogden and graduated from Ogden High School in 1941.  She attended Weber College and Ogden Business College.  Leanora married Everett Parks Wilson, Sr., on July 12, 1947, in Ogden, Utah. She was employed in numerous positions in the Ogden area including driving instructor at the Ogden Defense Depot, being a Clerk for the U. S. Post Office, and a Tax Examiner for the Internal Revenue Service.  She also owned and managed several businesses during her career, including Edge Inn, a bar in Cedar Edge, Colorado. She would often talk about how she could keep the patrons in line due to her no-nonsense attitude. Leanora was a fierce and independent woman, and she was proud of it.

Leanora remarked several times how seventy-five percent of the male graduates in her graduating class gave their lives in WWII.  She has always been supportive of veterans and their various organizations including the VFW.  Leonora served as the Auxiliary President while her husband, Everett, served as commander of the Cpl. Fred J. Grant Post 1481. For several years she also served in the VFW Buddy Poppy program as Conductress and Utah State Chairman, respectively.  Her desire to serve continued later in life when she volunteered at Aerospace Museum on Hill Air Force Base.

She is survived by her daughters, Aronael "Billie" Massengale (John), and Francis Cleo Dunlap; stepdaughter, Carolyn Ann Butler; her son, Everett P. Wilson, Jr. (Darla); and her daughter-in-law, Helen B. Wilson.  She is also survived by 16 grandchildren and 38 great-grandchildren.

Funeral Services be held 11:00am Monday, November 28, 2022, at the Lindquist’s Syracuse Mortuary located at 869 South 2000 West, Syracuse, Utah. Friends may visit the family on Monday morning from 9:30 to 10:30am. at the mortuary. Interment will be held at the Clearfield City Cemetery.

In lieu of flowers, donations can be made to the Humane Society of Utah.

Services will be live-streamed and available the day of the service by scrolling to the bottom of Leanora’s obituary page at: www.lindquistmortuary.com Condolences can also be shared on the website.

To order memorial trees or send flowers to the family in memory of Leanora Kirkwood Wilson, please visit our flower store.