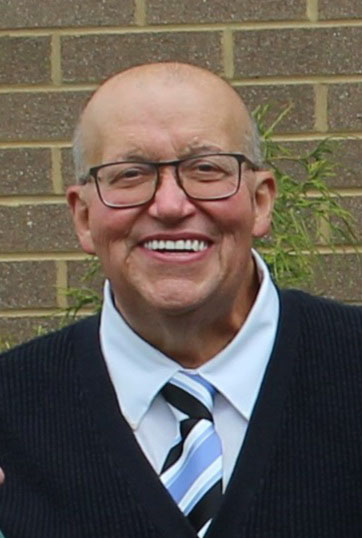 Lawrence Ray Giles, Jr., 68, passed away on Wednesday, March 23, 2022 surrounded by his family. He was born in Ogden, Utah, on August 4, 1953 to Lawrence Ray and Naomi Eliza Wessler Giles. He attended Ogden City Schools and graduated from Ogden High School.

He married Marta Adele Aardema on February 1, 1985 in the Ogden Temple. Larry and Marta were friends for 30 years before he proposed.

Larry was a member of The Church of Jesus Christ of Latter-day Saints and served faithfully in many callings. His favorite callings were Bishop and serving a mission with his wife at the Weber County Correctional Facility, but especially Primary Teacher.

He was a lover of the arts, particularly music. He participated at the Terrace Plaza Playhouse; Joseph and the Amazing Technicolor Dreamcoat. Larry loved his grandchildren and tried to see them once a month no matter where they lived. His most honored role was Dad. He never missed a dance performance, a football game or a soccer game. His family was everything.

Larry is survived by his wife, Marta; children, Valine (Josh) Adams of Carlsbad, New Mexico, Laurie Giles of Ogden, and Paul John “PJ” (Diana) of Ogden; four grandchildren; and brothers, John (Sharon) Giles of Washington Terrace and Roger (Adrienne) Giles of Richmond, California. He was preceded in death by his parents; two sisters, Dorothy Hagemen and Marilyn; and in-laws, Paul and Valine Aardema.

Funeral services will be held on Friday, April 1, 2022 at 11 a.m. at the Orchard Park Ward Chapel, 3270 Orchard Avenue. Friends may visit with family on Thursday from 6 to 8 p.m. and Friday from 9:30 to 10:30 a.m. at the church. Interment, Aultorest Memorial Park. Services entrusted to Lindquist’s Ogden Mortuary.

To order memorial trees or send flowers to the family in memory of Lawrence Ray Giles Jr, please visit our flower store.