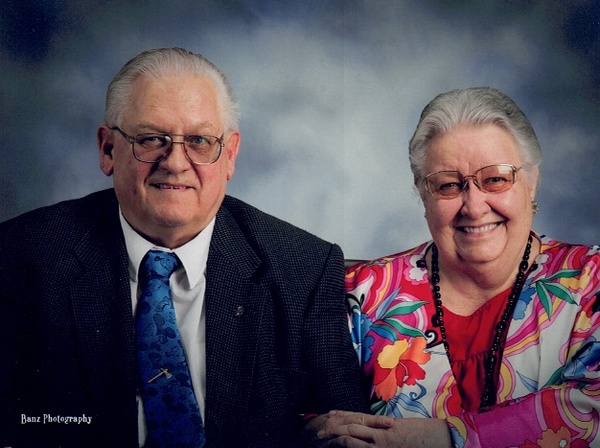 Larry was born May 31, 1935 in Salt Lake City, Utah. He was the eldest son of Mary Widdison Banz. He was raised in Clearfield and graduated from Davis High School Class of 1953.

On July 22, 1955 he married Doreen Marie Gomm in Ogden, Utah. Their marriage was later solemnized in the Logan Temple.

Larry was a Pressman at Meridian Publishing and later Purr-fection Press. He performed his duties with precision. He had a knack for fixing pretty much everything. He enjoyed camping, fishing, and hunting with his family and took them on many vacations to see the natural beauties of the surrounding area. Larry was a master woodturner and created countless gifts for his family and friends.

As a member of The Church of Jesus Christ of Latter-day Saints, he held many callings in the Church including Branch President and home teacher, but his favorite assignment was as Church beekeeper.

Larry was preceded in death by his son, David; his mother, Mary; and his siblings, Fred Banz, Silvia Covell, and Barbara Bereece. He is survived by his wife of 66 years, Doreen; his sons, Gordon (Denett) Banz and Warren (Brenda) Banz; daughter, Cynthia Banz; along with 10 grandchildren, 30 great-grandchildren; and brother, Robert (Sharla) Banz.

Funeral services will be held on Monday, January 31, 2022 at 11 a.m. at Lindquist’s North Ogden Mortuary, 2140 N. Washington Blvd. Friends may visit with family on Sunday from 6 to 8 p.m. and Monday from 9:30 to 10:30 at the mortuary. Interment, Ben Lomond Cemetery, North Ogden, where military honors will be accorded.

Memorial contributions are suggested to the General Mission Fund for The Church of Jesus Christ of Latter-day Saints or a charity of your choice.

To order memorial trees or send flowers to the family in memory of Larry Banz, please visit our flower store.