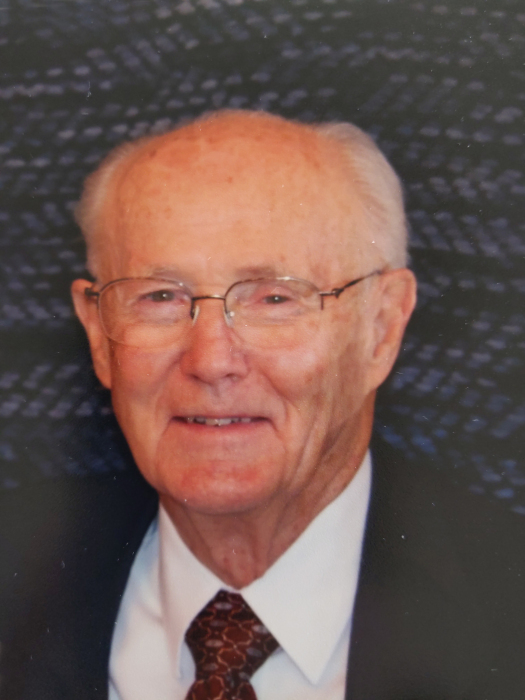 LaMoine Devon Anhder passed away at home in North Ogden at 91 years of age on February 2, 2022. LaMoine was born August 1, 1930, the youngest of four sons, to Conrad Earl and Kate Miller Anhder in their home in Blacksmith Fork Canyon.

LaMoine grew up in Hyrum, Utah, graduated from South Cache High School, and attended two years at Utah State University before serving in the Denmark, Copenhagen Mission. Upon returning home he graduated from USU with a BS degree in Horticulture and received a commission in the United States Air Force where he was trained as a jet pilot.

On a blind date over a Christmas leave, he met Pauline Andersen of Brigham City, Utah. They kept the mailman busy for seven months before marrying in the Logan Temple on August 10, 1956. After leaving the Air Force, LaMoine earned a MS degree in Horticulture from Michigan State University and then a DDS degree at the University of Southern California. He practiced dentistry in Morgan Hill, California for 31 years before moving back to Utah in 2000.

Throughout his life, LaMoine enjoyed backpacking in Hilton Lakes, golfing, and gardening. He also loved his opportunities to serve in The Church of Jesus Christ of Latter-day Saints as Bishop, Stake President, and after retiring, as an Ordinance Worker and Sealer in the Oakland, California and Ogden, Utah Temples.

A family graveside service will be held at the Hyrum City Cemetery. Services entrusted to Lindquist’s North Ogden Mortuary.

To order memorial trees or send flowers to the family in memory of LaMoine Anhder, please visit our flower store.