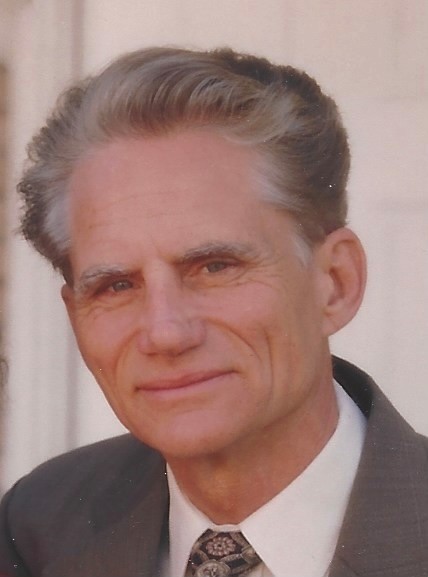 It is with great sadness we announce the loss of our beloved husband, father and grandfather, K Achter on October 30, 2021, in Layton, Utah.

His parents were immigrants from Germany having come to the United States separately, but both in the year 1926 as converts to the Church of Jesus Christ of Latter-day Saints. On November 8, 1942, the father of this family now totaling four children died. For a year his mother struggled and soon realized that the New York City slums were not the place to raise a growing family. The generous help of friends enabled her to put her children and herself on a bus bound for Salt Lake City. They arrived in December of 1943 when K was thirteen. They moved in with a family and received food, clothing & shelter. Within a year, Martha was able to purchase a small humble home in Salt Lake City.

He served our country during the Korean War in the Army Engineering Corp. He also completed an apprenticeship as a Cabinet Maker. After the war, the GI Bill enabled him to attend the University of Utah where he graduated first in his Engineering class. He went to work for Litton Industries for the next 40+ years.

He was a service missionary at the Church Museum of History & Art for over 20 years and learned much of history and art and enjoyed the fellowship of the other volunteers very much.

Square dancing was a big part of his and Ruth’s life. They danced together every week for over 30 years. They enjoyed the people, the music, exercise, mental challenge and colorful costumes.

Another activity he enjoyed often was water skiing and snow skiing, especially since Snow Basin was just 20 minutes away from his home.

He was a very active member of the Church of Jesus Christ of Latter-day Saints. He served in many different positions including Explorer Scout Leader (over 20 years), Gospel Doctrine teacher, Sunday School teacher, Priesthood class teacher, Bishopric counselor, Elders Quorum instructor, Home Teacher, Sunday School President etc. As a result, he gained a knowledge and testimony that was solid.

His work experience included starting a production inertial guidance facility in Germany and a repair facility in Israel. One of his greatest challenges was an Engineering Department Manager for many years.

Twenty years ago, his wife Ruth was diagnosed with Alzheimer’s disease. K cared for her with unwavering patience, care and love. We marveled at his ability to encourage her and still maintain his sense of humor and kindness towards all his family members.

K was a good man; he will be missed by all who knew him. We always knew anything he wanted to do was right. After 71 years of marriage, he and Ruth were only separated for just over three months, they are together again.

The family would like to sincerely thank all the staff at Fairfield Village. Their help and concern lifted our hearts and helped K cope after the loss of his Ruth. Also, thank you to Encompass Health Hospice Staff who were there for K and the family with support for all of us.

Services will be live-streamed and may be viewed at www.lindquistmortuary.com by scrolling to the bottom of K’s obituary.

To order memorial trees or send flowers to the family in memory of Kraffto (K) Achter, please visit our flower store.