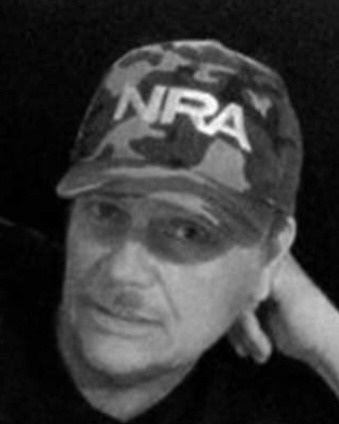 On September 2, 2022 at the age of 59, Kirk passed away peacefully at his home in Roy surrounded by loved ones after complications of diabetes resulting in kidney failure. He was born August 12, 1963 in Ogden to R. Glen Elder and Carol Hill Elder. He was raised in Kaysville, Utah and graduated from Davis High School in 1981.

Kirk had many accomplishments, graduating from vocational school of Oxy-Acetylene Welding, Auto Body Repair, Paint Preparation and Painting in 1981, demonstrating his abilities and superior work and hands on experience. He also gained a CDL and drove as a vehicle car transporter as a long-haul trucker across majority of the United States. Venturing into the auto parts sales industry he started his own business in the 1990’s,” Kirk’s Auto Parts” first in Kaysville, Utah and also a store in Roy, Utah. Later he spent 14 years working at Frank Edwards in Ogden and worked several years before and after retirement with Jack Harris Auto Body Kaysville, Utah. Kirk was a member of the Jack Harris Nitro Thunder Racing team. He traveled with the team for dragster and funny car races abroad. Being a numbers guy, his skill with auto parts came naturally for him alongside his incredible memory of part numbers. He could tell you the number of any part needed for your car, never missing a beat.

In 2006 he met the love of his life and sweetheart Gina R. Gallegos. They were two peas in a pod. Her love and light shined on him, and he adored her and their time together with family and friends until she passed in 2017.

His love for the outdoors was more than just a hobby to him, it’s where he felt most alive whether it be camping trips, snowmobiling, dirt biking, four wheeling, boating or fishing. A huge 49er’s, Utah Utes football and Utah Jazz basketball fan. He also enjoyed rock concerts, trips to Wendover and family vacations. Known for his endless supply of jokes and icebreaking moments, he always made you feel welcomed no matter the occasion.

His later adventures were as a campground host, he loved having what he called “Happy Campers,” he took the job very seriously and worked hard to provide his guests with a great experience. There was no greater peace for him than to sit around a campfire with family and friends listening to Ted Nugent and rock music on his Sirius radio while telling jokes. He was well known for his quick wit and ability to tell a joke without even cracking a smile.

Kirk was the definition of a gentleman in more ways than could be counted, his motto was always “Ladies first” and “Good guys finish last.” He believed no lady should ever have to open her own door. The first one to give you the shirt right off his back if you needed it, and always willing to help in any way he could. If he didn’t have what you needed in the back of his truck, he always knew where you could go to find it.

After the passing of his younger brother in 2013, Kirk played a very special and unforgettable role in the lives of his brother’s widow Michelle, nieces Makell, Ashley, Skylyn and nephew Devin. Kirk and Devin were considered almost inseparable, that was his little buddy and “Uncle Kirky” took every pleasure in spoiling him.

He is preceded in death by his sweetheart Gina R. Gallegos, his parents, and his younger brother and best friend Greg Elder.

Kirk will be missed dearly by his family and the many friends he made in this life, and we are all left embracing the happiness in knowing the peace he now feels.

To order memorial trees or send flowers to the family in memory of Kirk Elder, please visit our flower store.