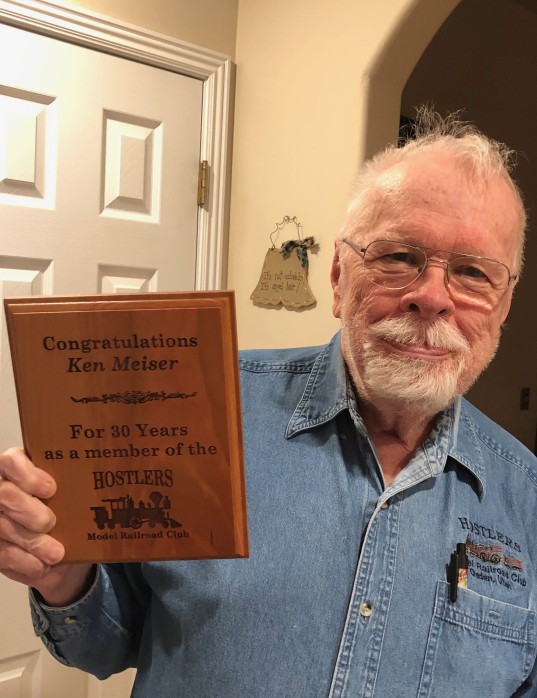 Kenneth Duane Meiser Jr. passed away on December 2, 2021 surrounded by family. Ken was born in Wendell, ID on April 21, 1938 to Kenneth Duane Meiser Sr. and Dorothy Elisabeth May. He grew up and attended schools in Jerome and Twin Falls, ID. It is there that he developed his lifelong love of trains. After high school, Ken spent time serving in the Army National Guard. A fact he was very proud of sharing throughout his life. He later graduated with honors in Mathematics from the University of Utah.

While at the University of Utah, he met Linda Taggart. Ken and Linda were married in 1966 in Salt Lake City. Upon Ken’s graduation, they moved to San Diego, CA where he worked for Convair. A move to Walnut Creek, CA came when Ken went to work for General Electric (GE) in downtown San Francisco. It was in California that Ken and Linda welcomed their first of four children. In February of 1973, the family moved to the suburbs of Minneapolis, MN. It was here that Ken and some friends from GE started their own company. Ken and Linda welcomed three more children to the family and Ken started collecting model trains. The basement soon filled with his immense collection. Ken and Linda divorced in 1981. Ken stayed in Minnesota to work for Hal Leonard until his contract ended and moved to Ogden, UT where he accepted a job with TRW, and where he could be close to his children.

While working at TRW, Ken met his current wife, Shirley Faye Trent. They were married in 1997. Shortly after their marriage, Ken’s work transferred him to California. He and Shirley moved to Escondido, CA where they would live for many years. During his time in California, Ken would work on one of his favorite projects, the F22 aircraft. Ken retired from TRW, shortly after the company was purchased by Northrup Grumman. Upon retirement, Ken and Shirley returned to Utah to be near family.

It was in Utah that Ken spent time with his friends in the Hostlers Model Railroad Club. He loved this club and was a member for 30 years. Ken’s children have fond memories of running model trains in various Hostler households. Time spent with Ken typically involved trains. If he wasn’t running model trains, he was spending time with his friends, Warren and Dee Holmgren, at Warren’s Train Shop, located in Ogden’s Union Station. Ken also spent a great deal of time photographing trains across the United States, as his massive collection of train slides can attest to. If you didn’t spend at least one visit with Ken, eating take-out in his car, parked near train tracks, waiting for the perfect picture, you missed out on some quality Ken time. In later years, Ken would also volunteer at Ogden’s Union Station in their archives. He enjoyed this work and was saddened when his health no longer allowed him to volunteer.

Ken is survived by his wife, Shirley; their two much loved pets, Archie and Gracie; his children, Stacy (Dave) Cornell, Darren (Cami) Meiser, Diana Meiser, and Amy (James) McCann; stepchildren, LaTrenda (Jeff) Lawson and Mark Trent; many grandchildren and great-grandchildren; his brother, Mike (Cindy) Meiser; and his much-loved cousins, nieces, and nephews. He is preceded in death by his son, Christopher; his brother, Garth; his parents, and his beloved grandmother, Nena.

The family would like to offer their appreciation to the wonderful Visiting Angels, the staff at Rocky Mountain Home Care, and the staff at Willow Glen Care Center for taking care of Ken as his health declined.

We miss you and love you so much!

To order memorial trees or send flowers to the family in memory of Kenneth Meiser, Jr., please visit our flower store.